Wrapping up the Yellowstone trip

By Troutnut on July 2nd, 2019
On the day my friend was set to fly out of Bozeman in the evening, we began by heading to the Firehole to fish early in the morning before the water got too warm. We planned to fish upstream through Fountain Flats from the bridge near the Ojo Caliente hot spring, more for the geothermal scenery than for any idea that the fishing might be particularly good there. However, thunderstorms with frequent air-to-ground lightning kept us in the car for nearly an hour at the parking lot waiting for a safe window to fish. While we waited, my friend read from my copy of Ernest Schwiebert's story about the Firehole, The Strangest Trout Stream on Earth. He commented, "That guy makes it sound like it's impossible to catch a fish on this river."

When we finally got out on the water, there were no rises and little to no sign of bug life. Although the occasional splashy refusal and a couple brief hookups kept things interesting, neither of us caught anything. Apparently, Ernie called it.

Once we decided the Firehole was a dud for the day, we picked up the trailer in West Yellowstone and drove up MT-191 through the Gallatin valley. We stopped to fish a couple times in the headwater reaches inside the park, first just shortly above the Taylor Fork confluence, where we fished a couple good pools with no action and decided the high, cold water from runoff wasn't helping matters. We drove back up into Fawn Pass, thinking those upper headwaters might cut some of the higher mountains out of the equation. The water was still a bit high, but more manageable, and I picked up a couple spunky mid-sized rainbows on nymphs.

With about an hour left before we had to leave from the airport, we decided to leave that spectacular scenery early in case something struck our fancy to fish farther down. In the valley near Big Sky, we were very glad we did, as we stopped at a pulloff to check out the river and found giant salmonflies in the air. We captured a few for photos, then broke out the rods. No fish seemed interested in a salmonfly limitation, but I did spot a couple risers, switch to a smaller attractor dry, and land a 12-13" rainbow. Then, running low on time, I switched to bug collecting and kick-netted a good mix of nymphs for the website. 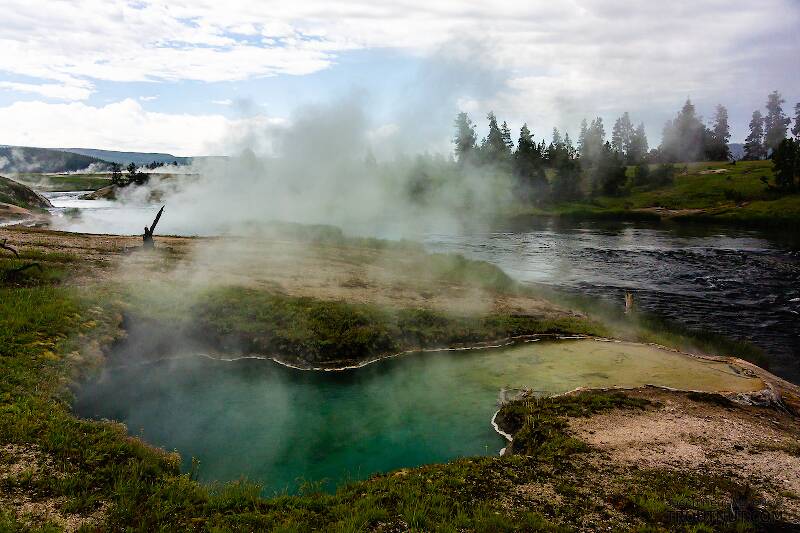 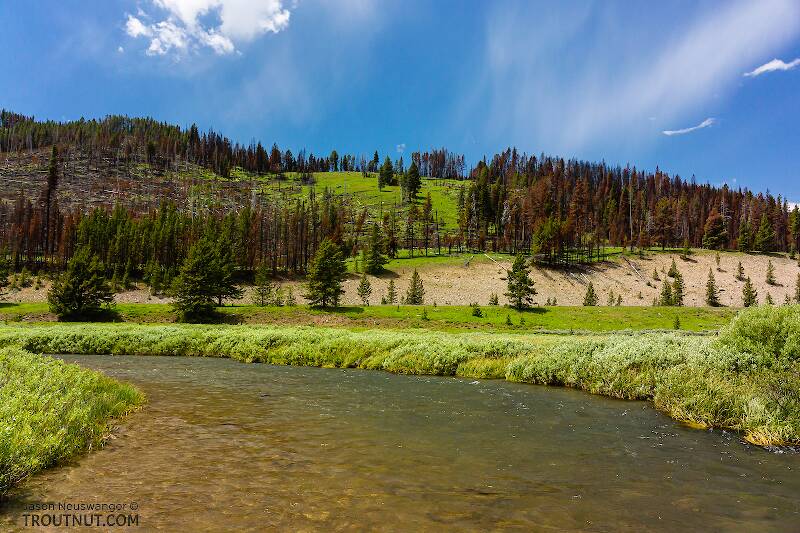 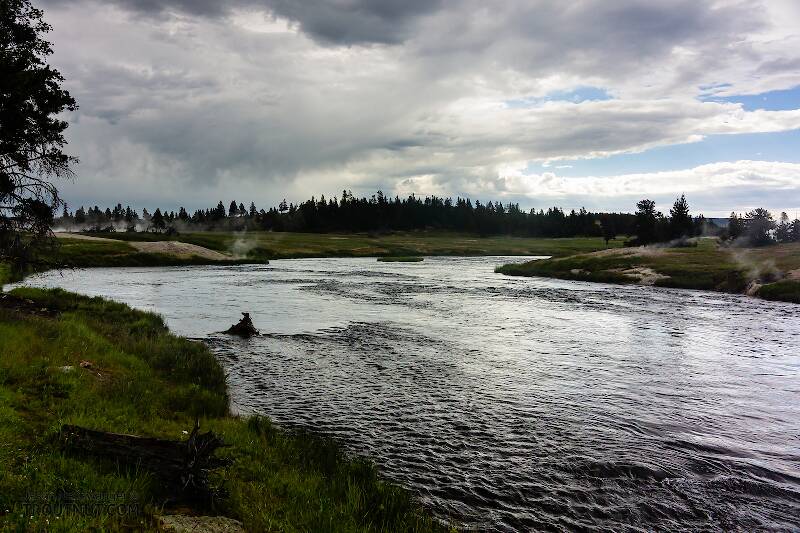 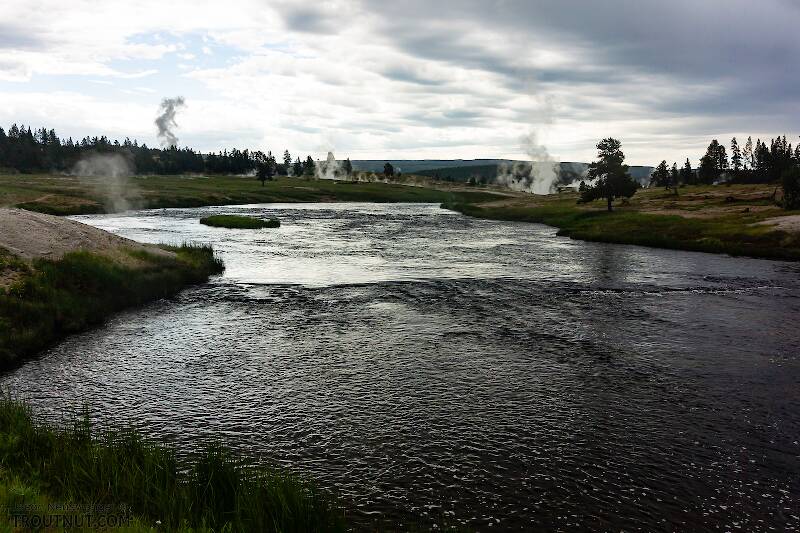 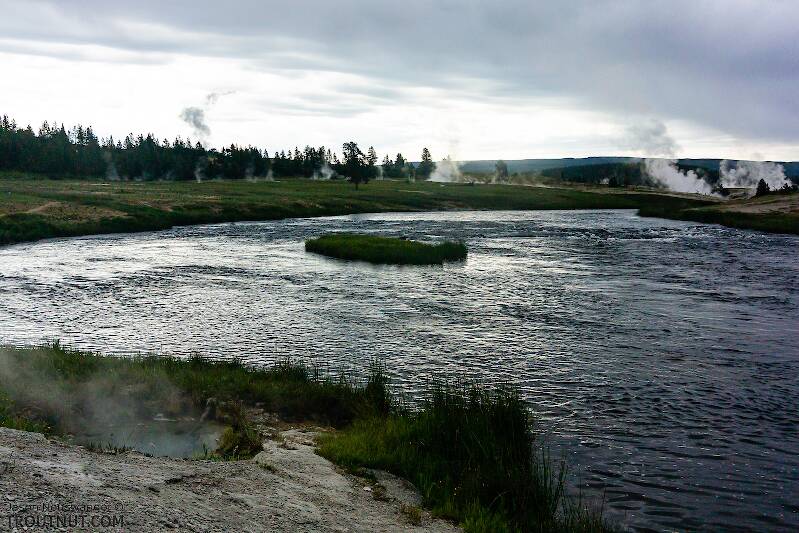 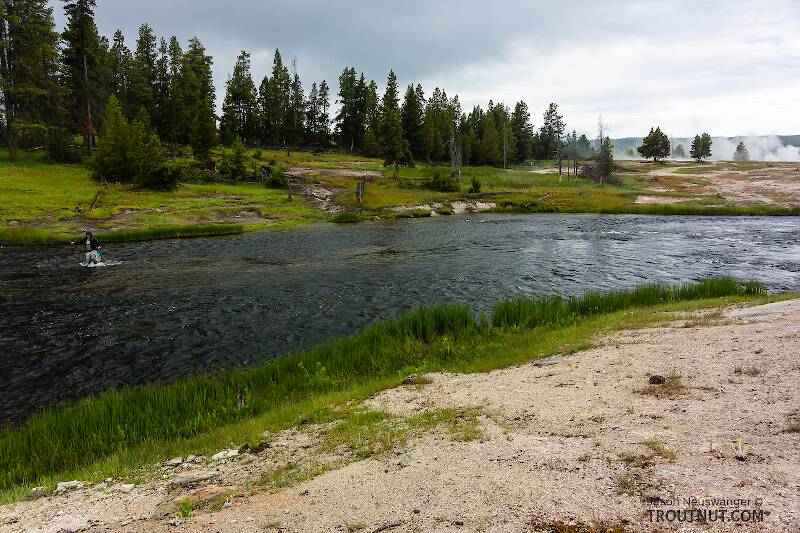 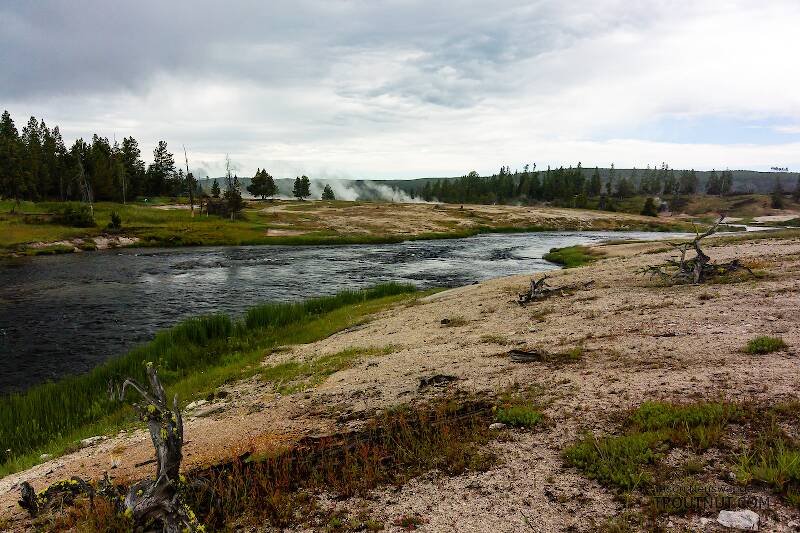 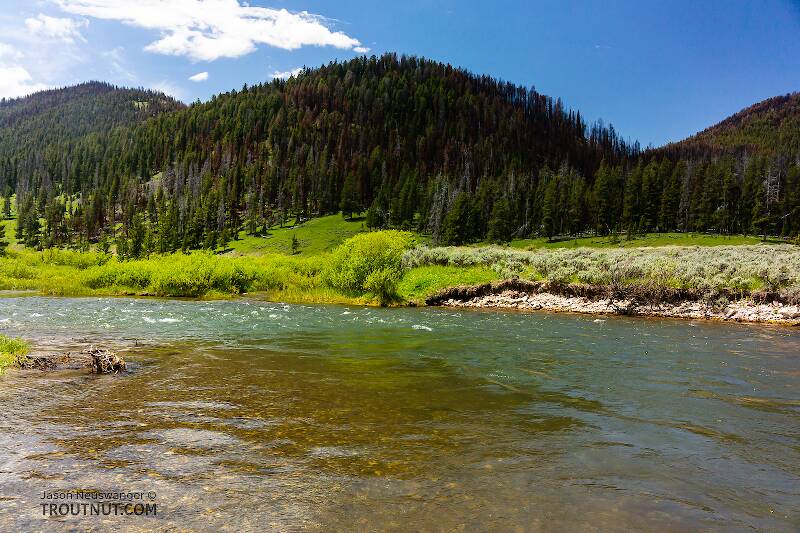 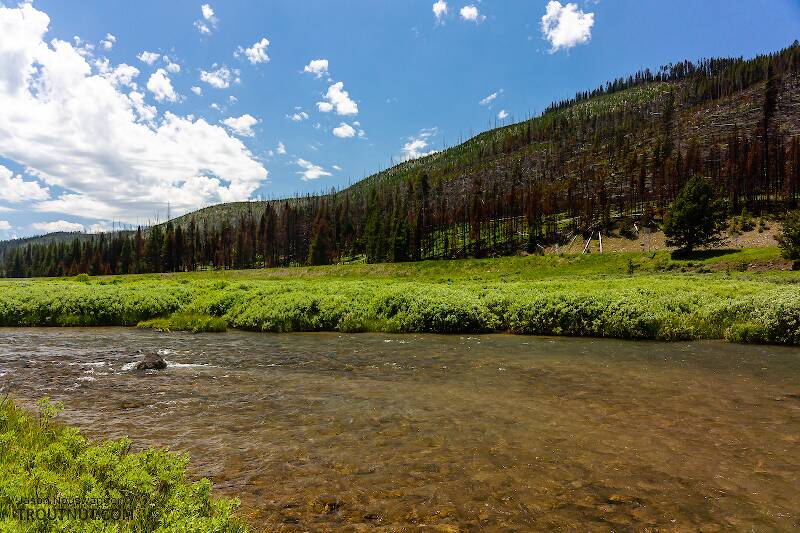 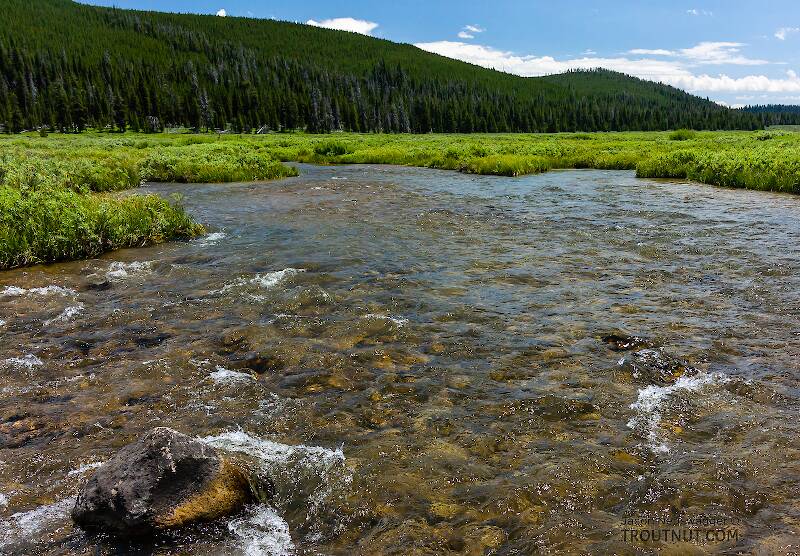 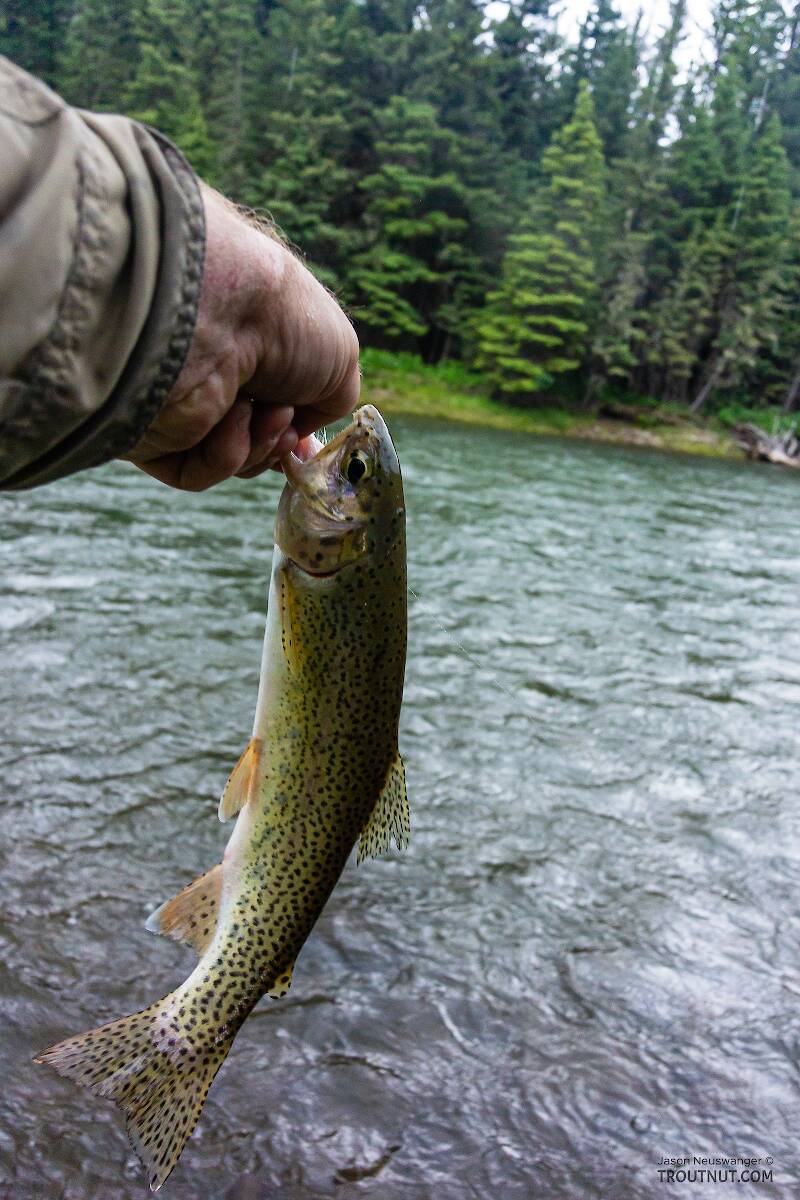 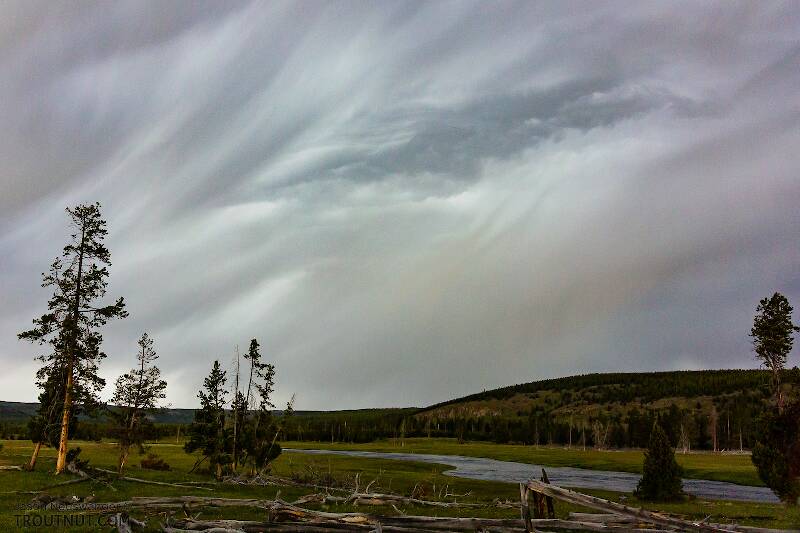 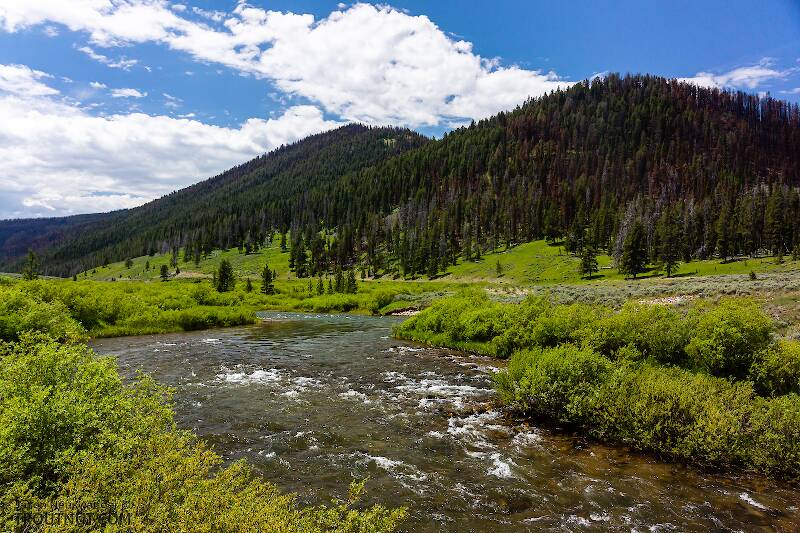 Closeup insects by Troutnut from the Gallatin River in Montana 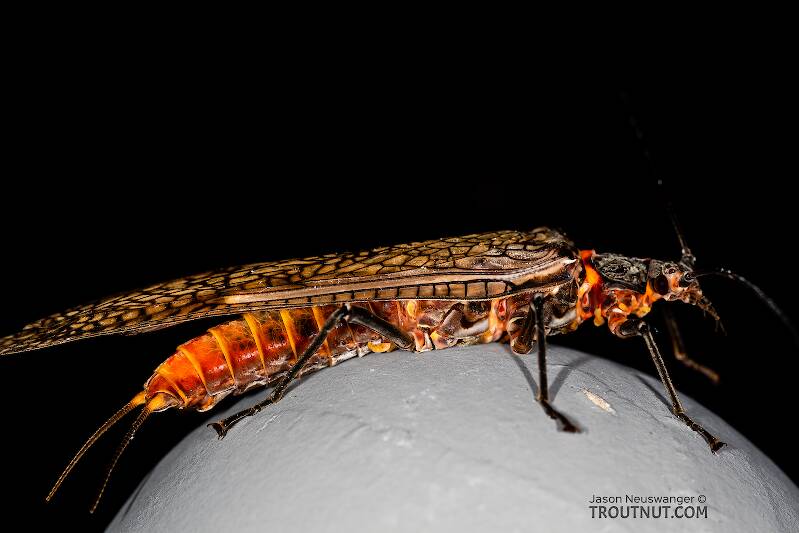 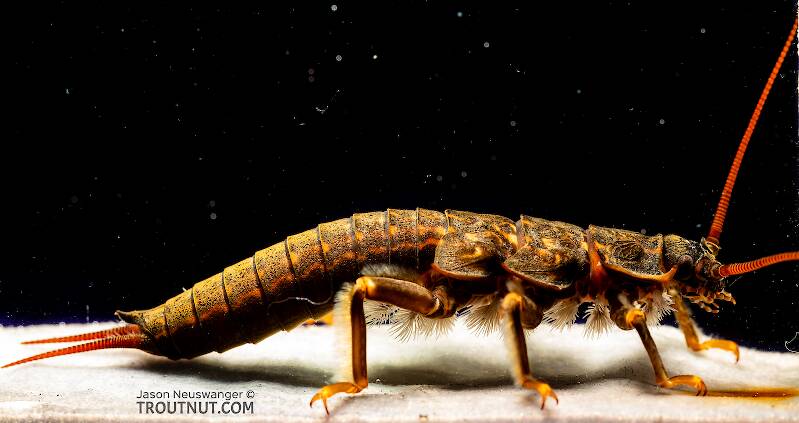 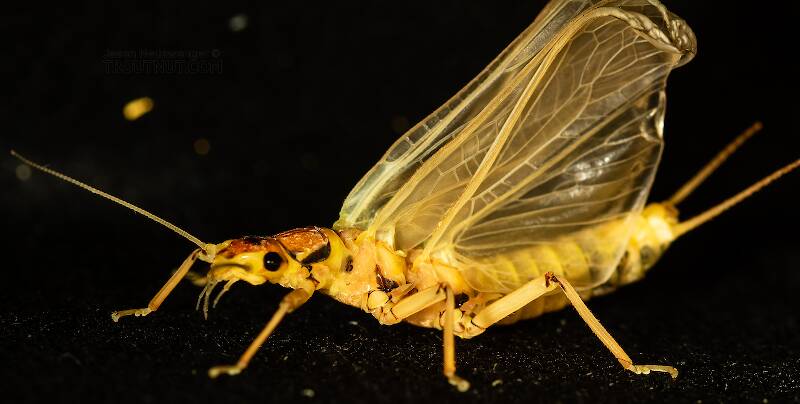 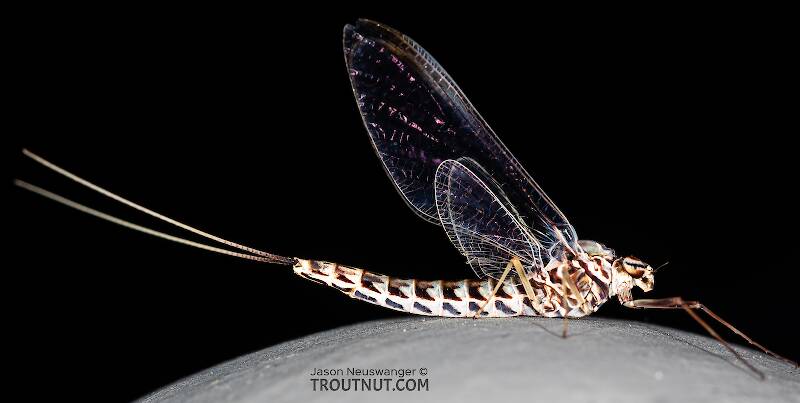 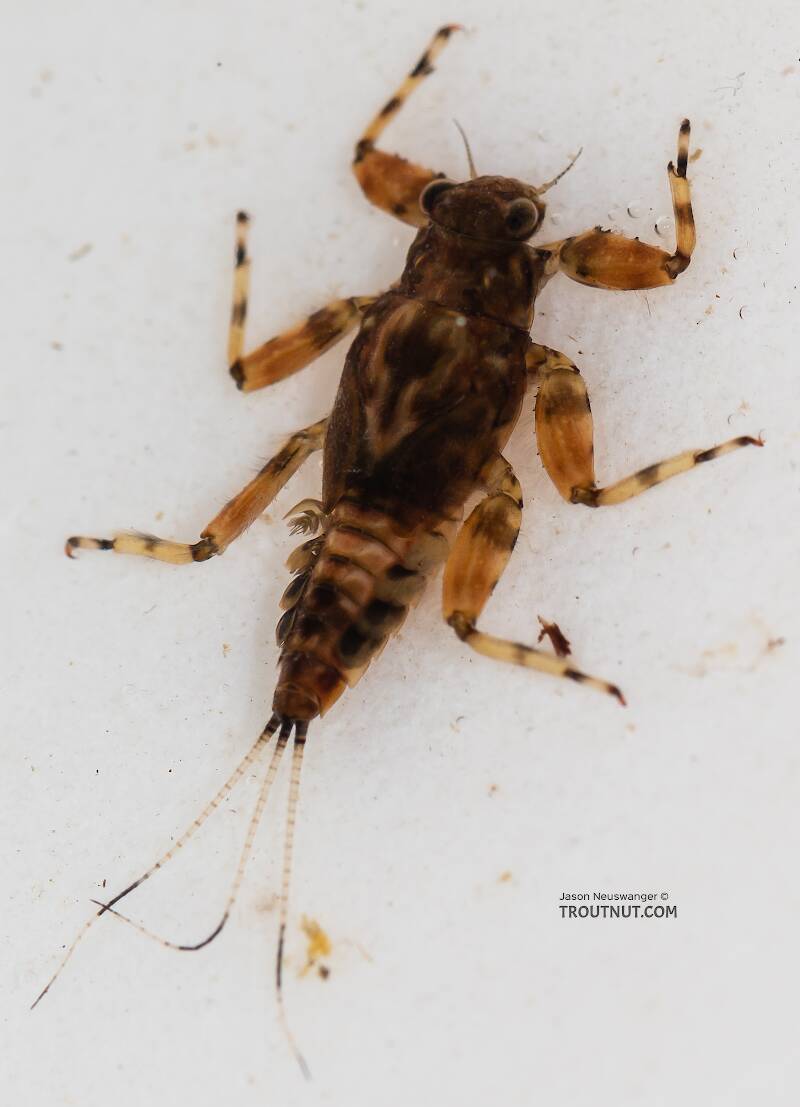 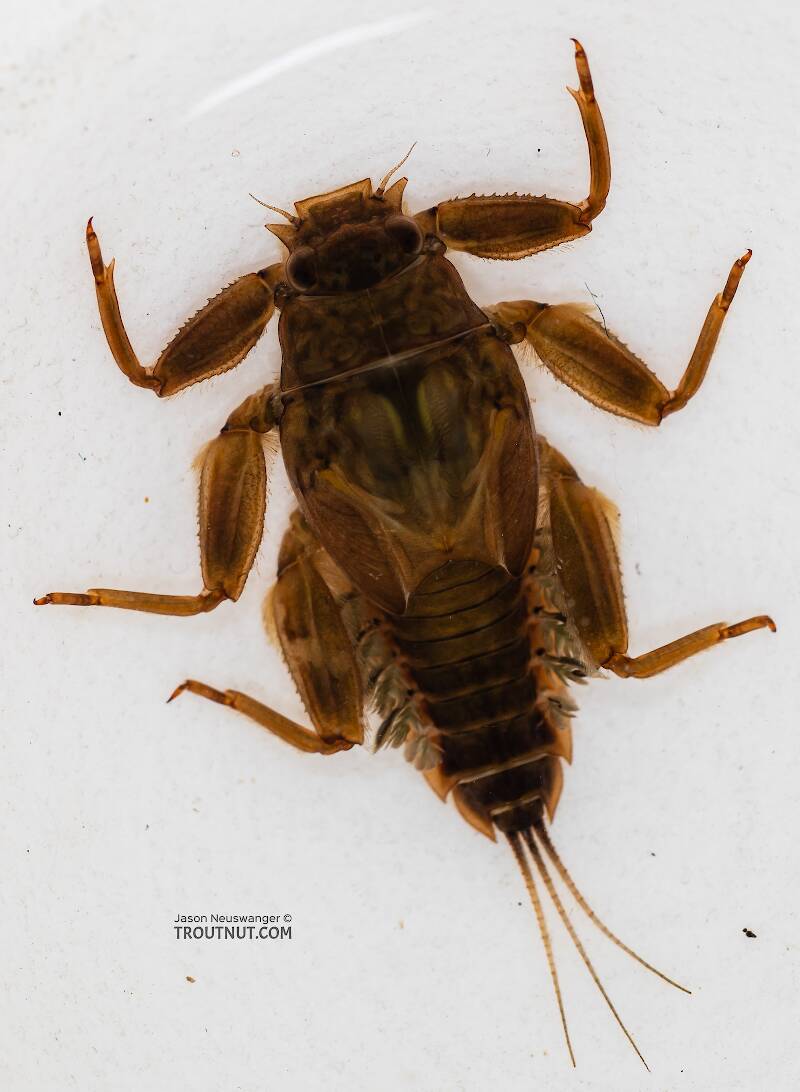 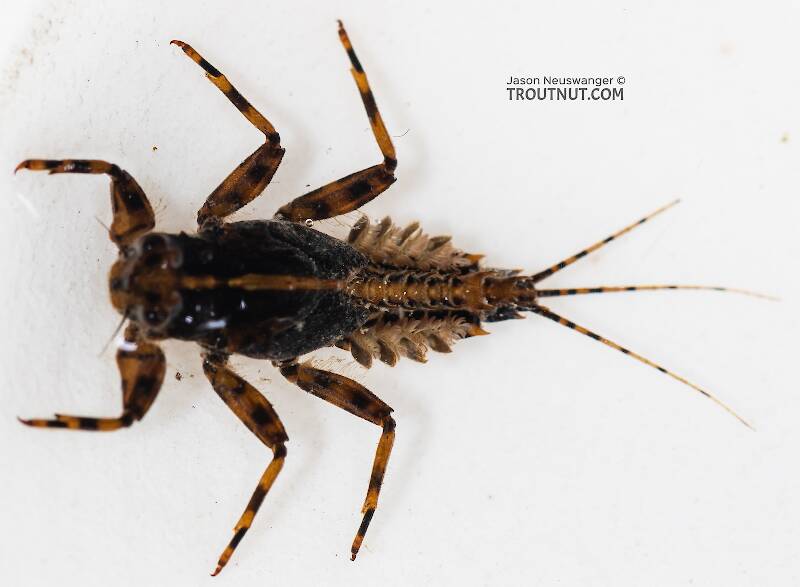 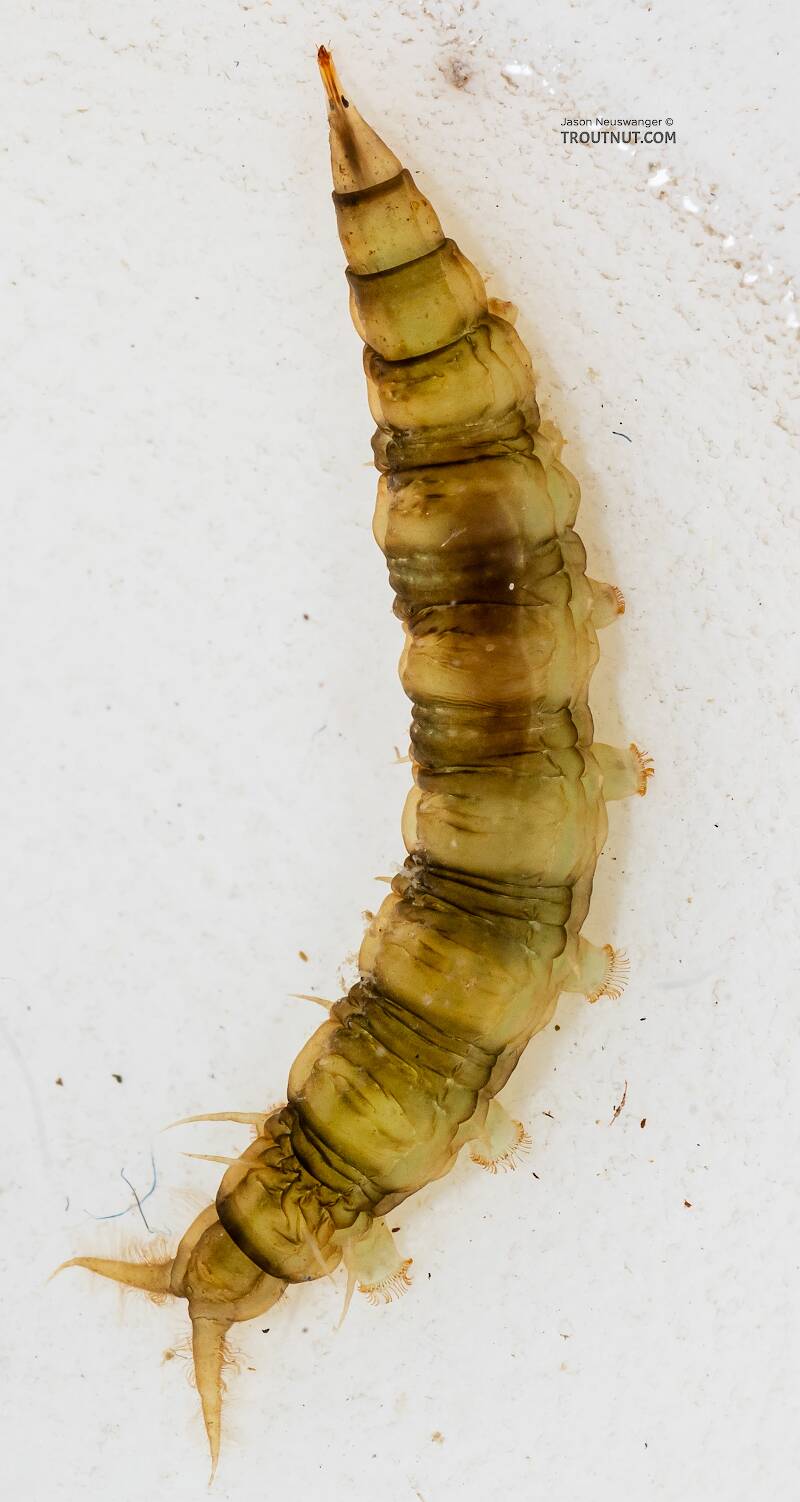