Quick evening on the upper Yakima

By Troutnut on September 17th, 2020
With smoke from the west coast wildfires beginning to clear just a little, I took a few hours to fish one of the nearest access points on the Yakima River, where the fish are small and the water uncrowded. There were some stoneflies and caddisflies in the air--I collected one of each, representing the most abundant species--but there weren't enough bugs on the water to get the fish rising, except for the abundant 3-inch-long Chinook Salmon parr. I continued playing around with my new Euro nymphing rig and landed several rainbows up to 12", including my first double on that rod.

Photos by Troutnut from the Yakima River in Washington 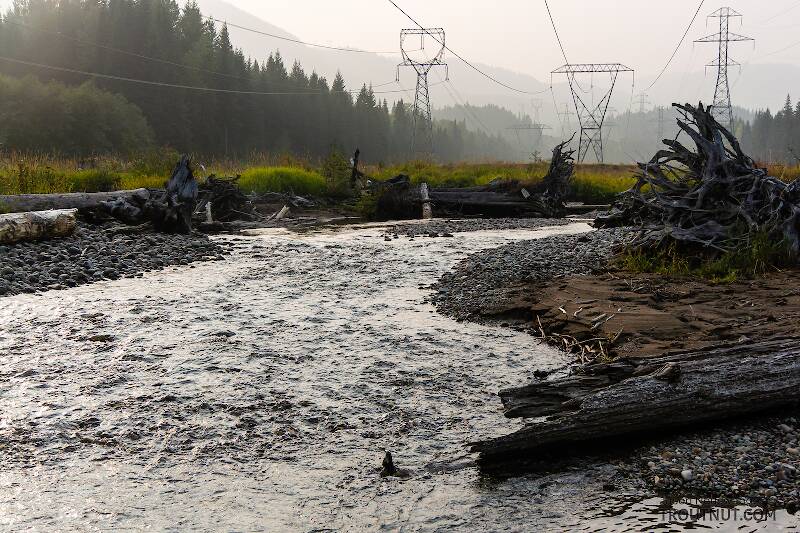 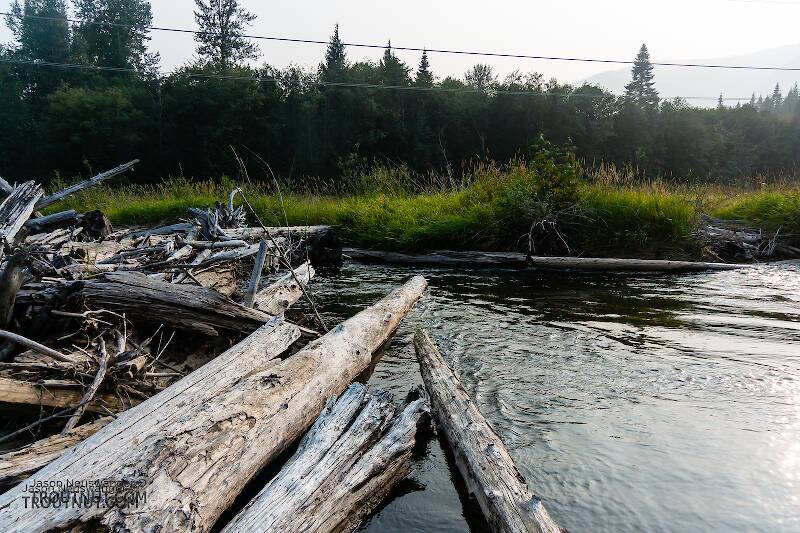 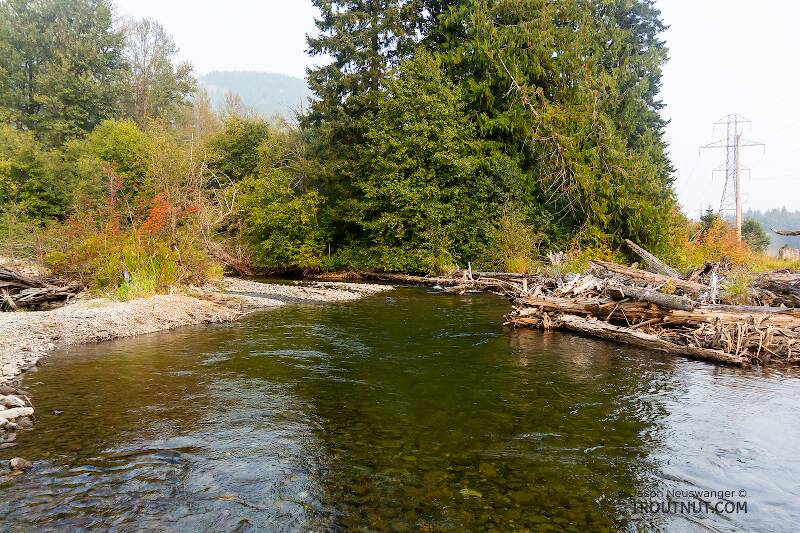 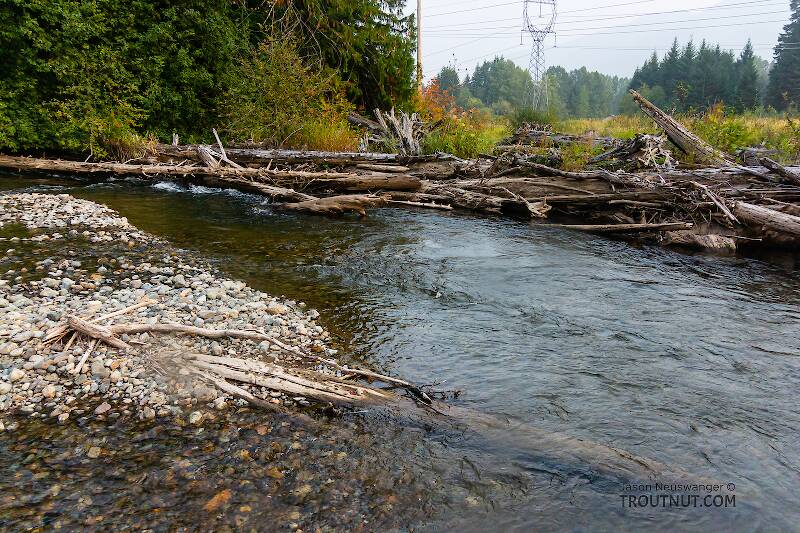 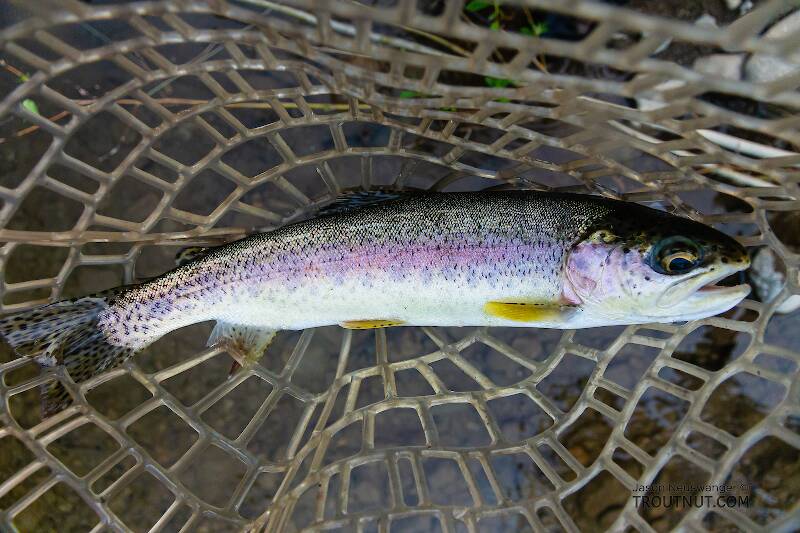 Closeup insects by Troutnut from the Yakima River in Washington

I first just assumed this was Dicosmoecus based on anglers' conventional wisdom since it's a large orange "October caddis," but Creno set me straight. I should have keyed it out. After another look under the microscope, it lacks an anepisternal wart on the emergence, which rules out Dicosmoecus. The midtibiae have 2 emergence spurs and 1 pre-emergence spur, and from there the color pattern of the wing points to Onocosmoecus. The location then narrows the species to unicolor.
Collected September 17, 2020 from the Yakima River in Washington
Added by Troutnut on September 19, 2020
Female Isoperla fusca (Yellow Sally) Stonefly Adult
13 Pictures 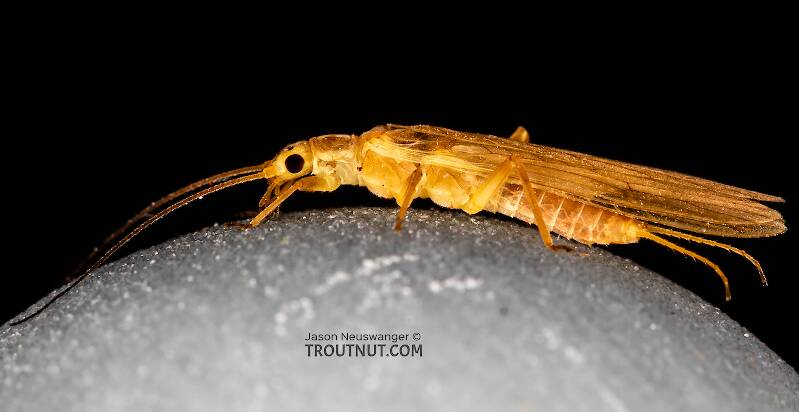 The family ID on this one was a little bit tricky. Just going by the size, shape, and color, it looks like Chloroperlidae. However, the second anal vein of the forewing is does not appear to be forked, and the emergence emergence segment is close to the length of the emergence segment, both of which rule out that family. The position of the emergence relative to the emergence in the forewing -- touching it in this case -- indicates Perlidae (and it really doesn't have the "look" of Perlidae at all), but other characteristics, such as the metathorastic emergence and lack of gill remnants, point to Perlodidae. That's the right answer. Moving on to Perlodidae, the key characteristics in Merritt & Cummins lead straightforwarly to Isoperla, and the species key in Jewett 1959 (The Stoneflies of the Pacific Northwest) leads to Isoperla fusca.

There is one caveat: That source does suggest a May-July emergence, whereas this one was collected in mid-September.