When Selective Trout was first published in 1971, Swisher and Richards included Drunella lata (Small Blue-Winged Olive, Slate-Winged Olive) as a Midwestern "superhatch." Although it can also be found in many Eastern trout streams, it is probably more important to Midwestern anglers. Typically a morning emerger, this species often competes for the attention of trout with more abundant Tricorythodes and small baetids during parts of July and August. For this reason, the authors of Selective Trout considered the concentrated evening spinner falls to be more important than the somewhat sporadic morning emergence. From an angling standpoint, this situation is nearly the opposite of the earlier Drunella cornuta emergence in the East, where the morning emergence is usually the main event and spinner falls are often of little consequence.

Currently, Drunella lata shares its name with another mayfly, the former D. longicornis. That mayfly can be important in mountainous areas in the Southeast, but they are larger and the nymphs lack the distinctive pale markings mentioned in the Juvenile Characteristics section. (The information on this page does not describe D. longicornis)

Time of year : End of June through August, depending on location

Preferred waters: Usually most abundant in larger streams and rivers

Time of day : Usually mid-morning, but variable based on weather and water type

Emergence can be scattered and sporadic, though more concentrated emergence tends to happen early in the morning during heatwaves.

Female spinners often drop their eggs above the water. Action can be fast when large concentrations of spinners fall at twilight, but the spinner fall often concludes in darkness.

Substrate: Gravel to cobble, often with some weed or algae

The coloration of the nymphs varies from nearly black or very dark olive to grayish or reddish brown. Most have distinctive contrasting pale areas on the pronotum, femora, and towards the tip of the abdomen. These pale areas can be bright green on blackish-olive nymphs and yellow or orange on brownish nymphs. The pale area near the tip of the abdomen sometimes takes the form of three small spots in a triangular arrangement.

Standard "BWO" patterns in #16-18 can work well for fish that rise to emerging duns. Freshly emerged duns are light olive and darken rather quickly to a dark dull olive or olive brown. Spinners are a very dark olive, often nearly black.

Fishing an imitation of the nymphs can be productive before, during, or after the emergence. Smaller trout often focus on more numerous Tricorythodes or Baetidae mayflies, but some of the larger trout may prefer the lata nymphs. 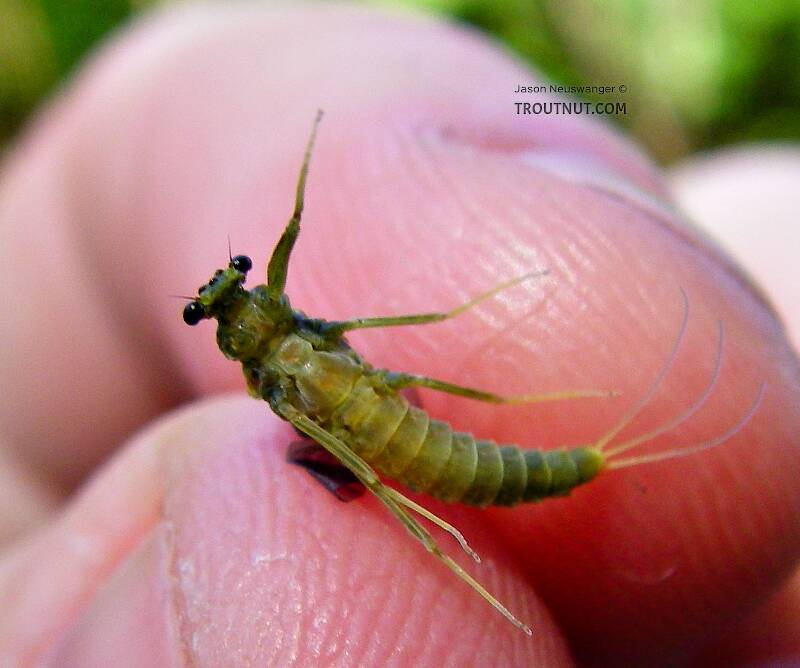 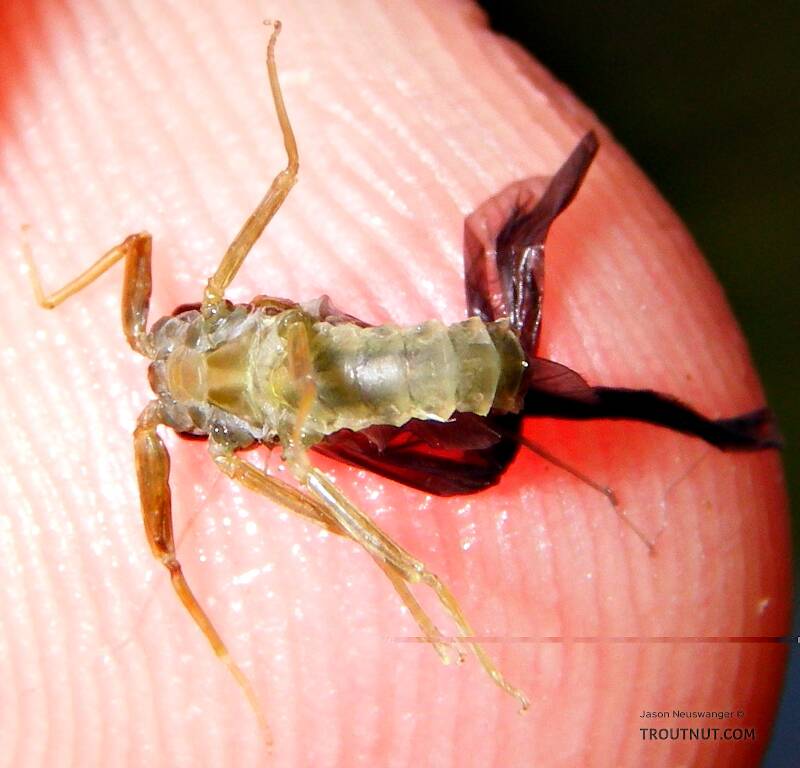 Here's the bottom of a freshly emerged male Drunella cornuta dun, showing a lighter shade of olive than the specimens I photographed with my better camera in the evening.
In this picture: Mayfly Species Drunella lata (Small Blue-Winged Olive).
Taken May 29, 2007 from Brodhead Creek in Pennsylvania
Added by Troutnut on June 5, 2007
View Fullsize 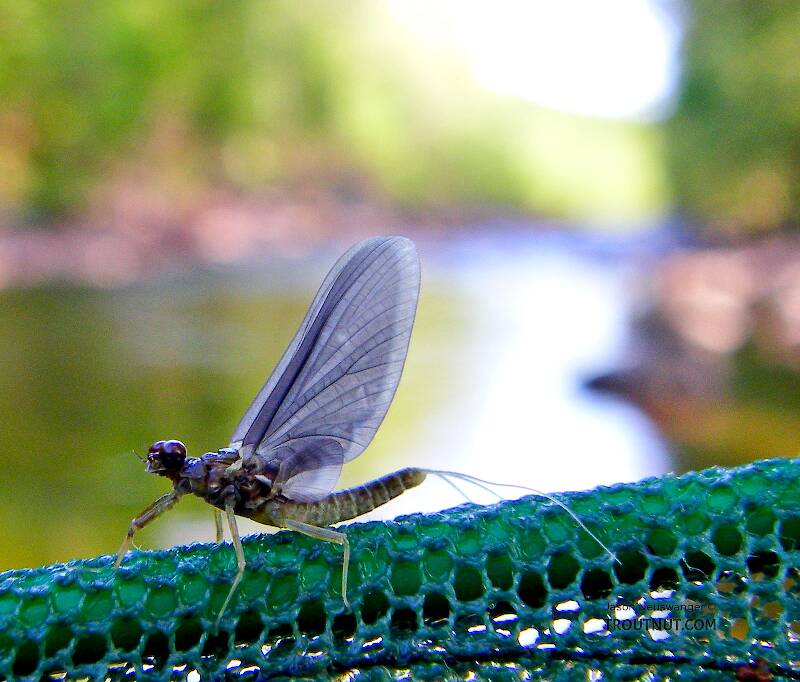 In this picture: Mayfly Species Drunella lata (Small Blue-Winged Olive).
Taken May 29, 2007 from Brodhead Creek in Pennsylvania
Added by Troutnut on June 5, 2007

Midwest Lata Emergence
20 replies
Posted by DarkDun on Mar 4, 2007
Last reply on May 2, 2007 by Taxon
The D.Lata emerges in Michigan waters at 10 AM on the dot and stops at noon from about June 25 thru July 10. I have fished this hatch avidly for years and find it very punctual on moderately overcast days. Sunny days make it much shorter duration, about 30 minutes. A size 14 imitates it perfectly with dark dun wings, bright olive green body and med dun tails and legs at emergence. The body color does change to dark green after a while.
The D.Lata also is significant in PA Northern Streams in Mid May.
I have not encountered it in the South Appallacian streams as yet. I fish some smaller BWO (#16-20) in NC but none so large as D. Lata.
Reply