Family-level ID following Merritt, Cummins, & Berg 5th Edition:
1. Thoracic gill remnants absent
2. Arms of mesosternal Y-ridge approach posterior end of furcal pits
3. Submental gill remnants short, obscure, or absent
4. Male. Note that sternum 9 (the long, dark, last segment) appears to be the 8th if you count from the front in the ventral view, because the first segment is not easily visible ventrally.
5. Male abdominal tergum 10 not divided posteriorly; Paraprocts modified as hooks.
6. Male abdominal tergum 10 simple without notches or other prominent processes. This one was tricky, because at first glance it looks like the hooks arise from tergum 10, but in fact they're coming from the paraprocts underneath. There's a medial groove on tergum 10 that could be seen as a "notch" too, but it seems by "notch" the key is referring to a notch in the margin.
7. Abdominal sternum 8 with a conspicuous lobe and sternum 7 without such a lobe.
This leads to Isoperla.
Among Isoperla species known in Washington, most species are ruled out by different shapes of the vesicle (the rounded posterior bump on sternum 8). Isoperla pinta is ruled out by the lack of a region of stout spinules on tergum 9. The remaining options (without knowing how to properly dissect and image the aedeagus) are Isoperla fulva, Isoperla marmorata, Isoperla tilasqua, and Isoperla gravitans, the latter of which is too large. The other three are all at least slim possibilities, but several described characteristics seem to best match Isoperla fulva, which is also mentioned as the most common western Isoperla.

This stonefly was collected from Mystery Creek #295 in Washington on May 31st, 2022 and added to Troutnut.com by Troutnut on June 1st, 2022. 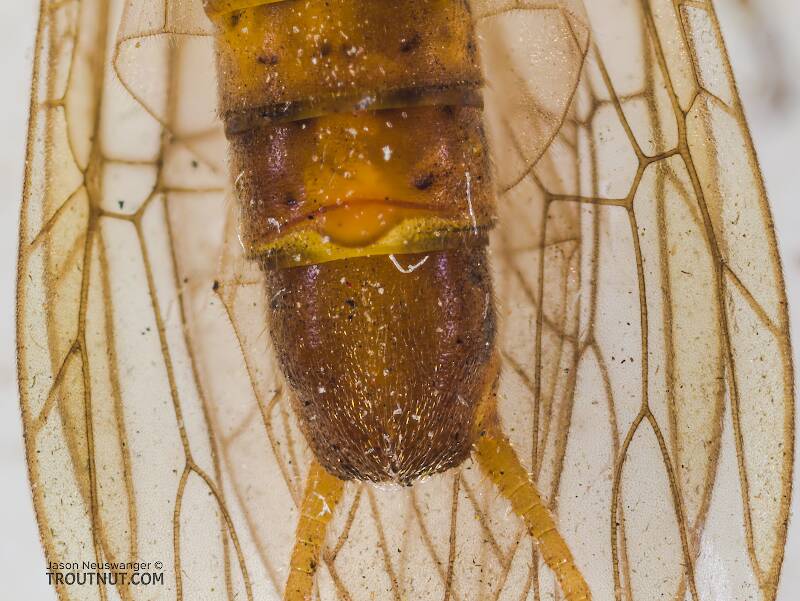 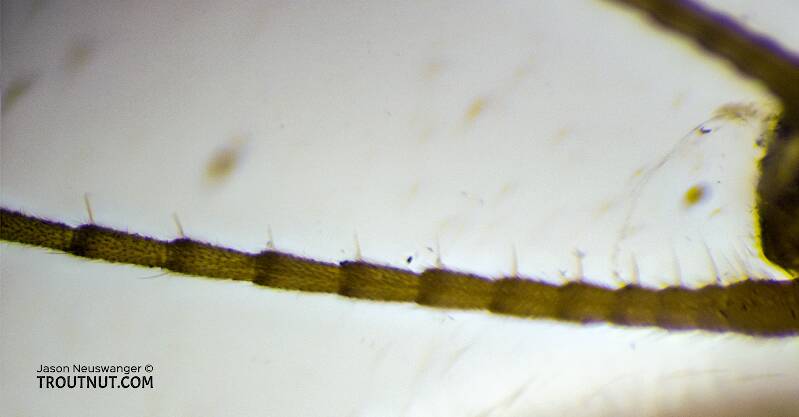 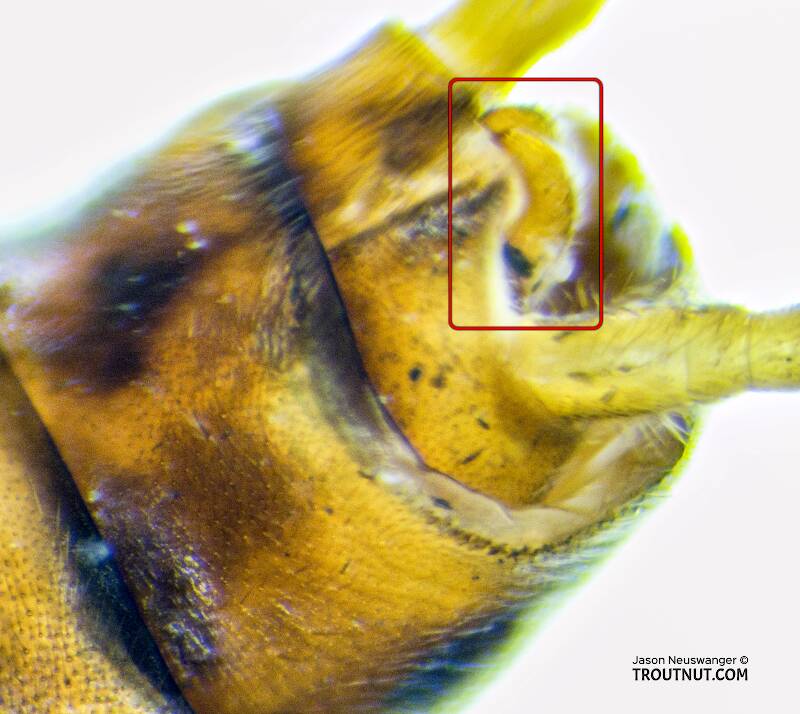 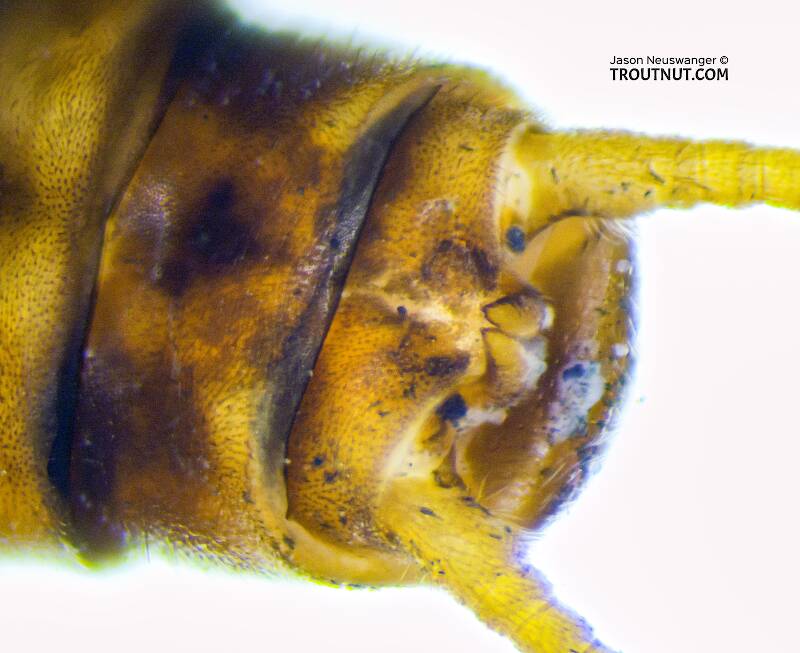 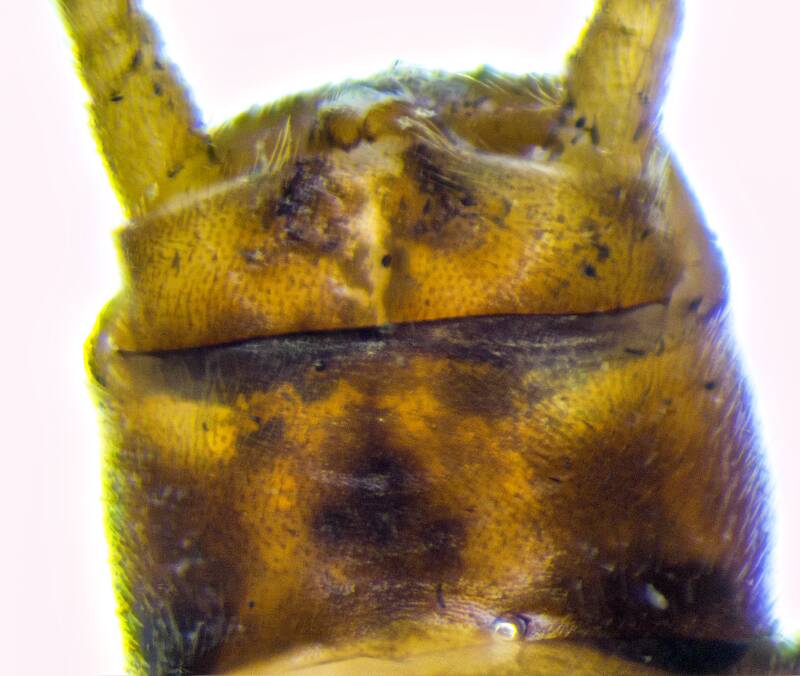 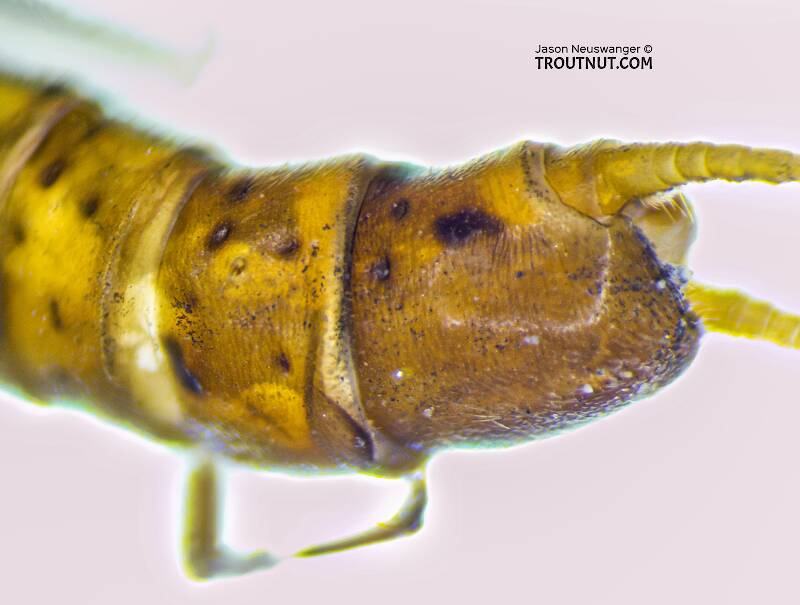 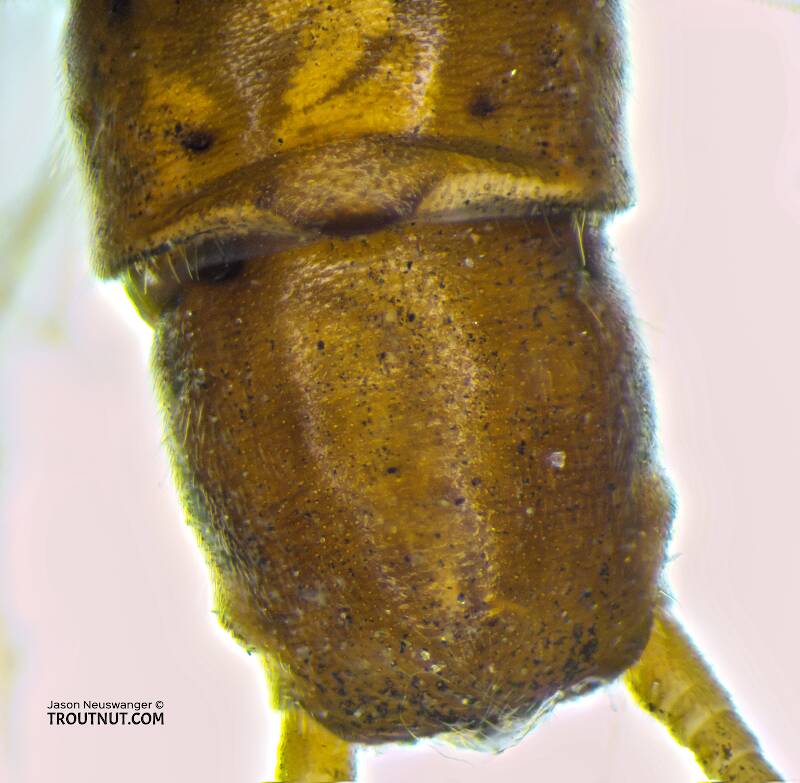 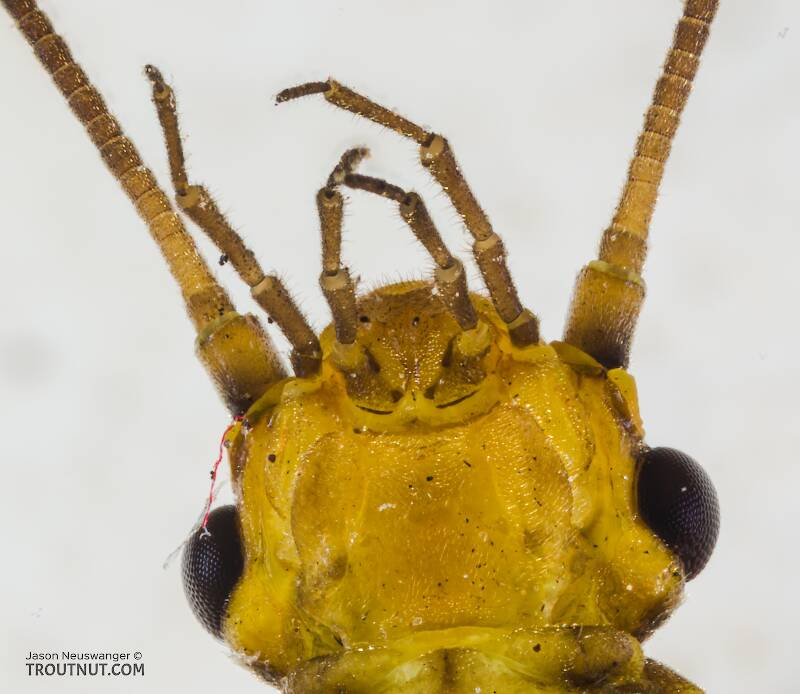 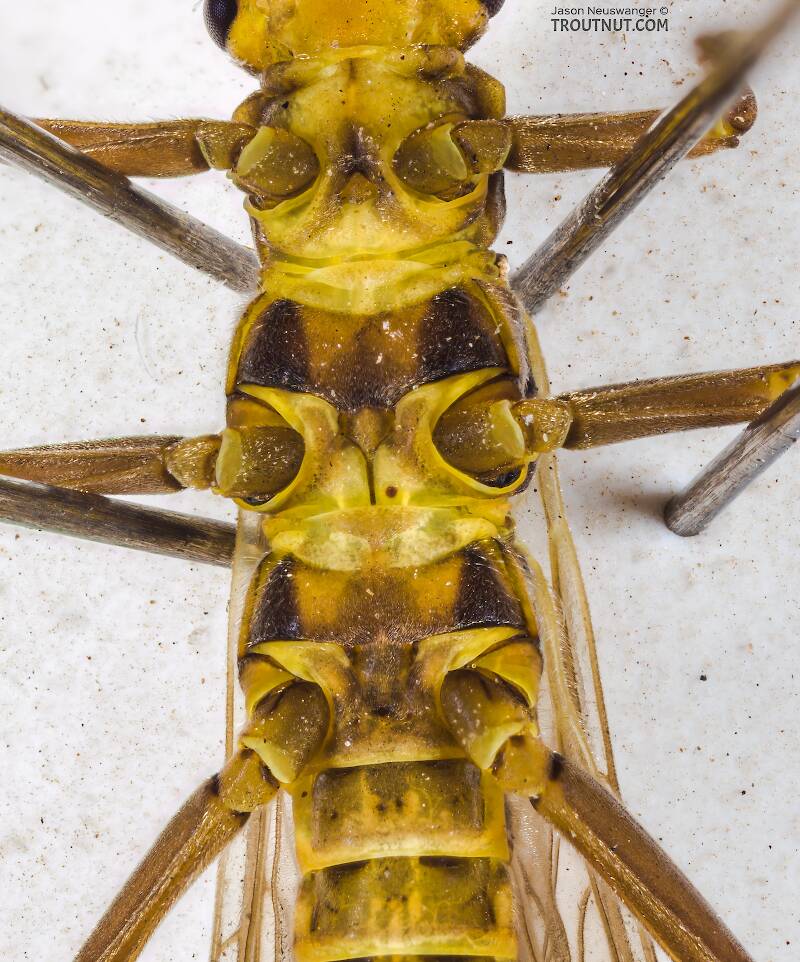 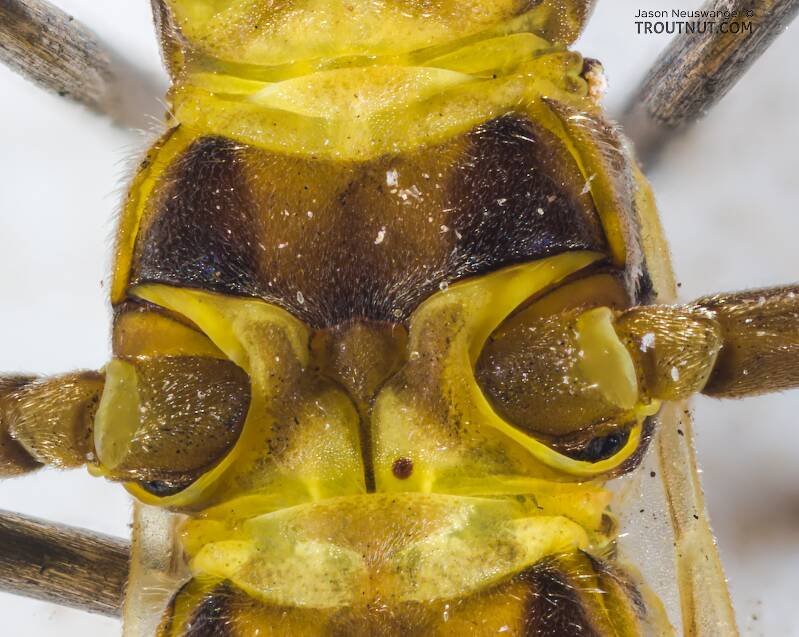 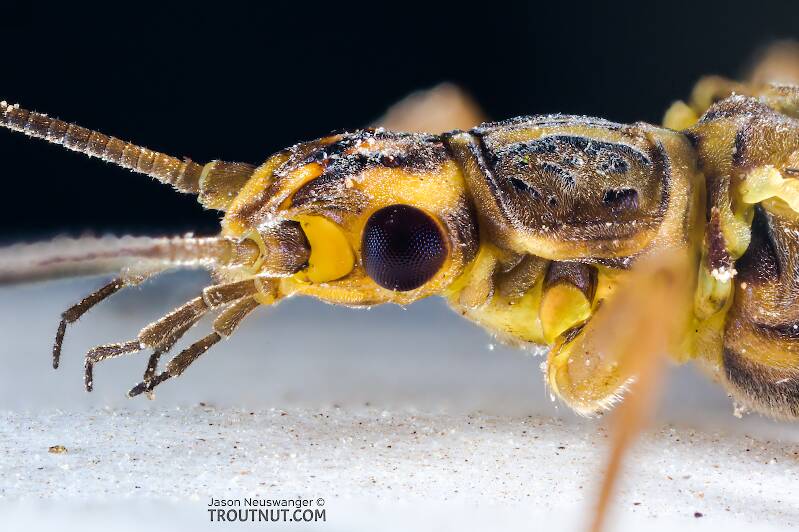 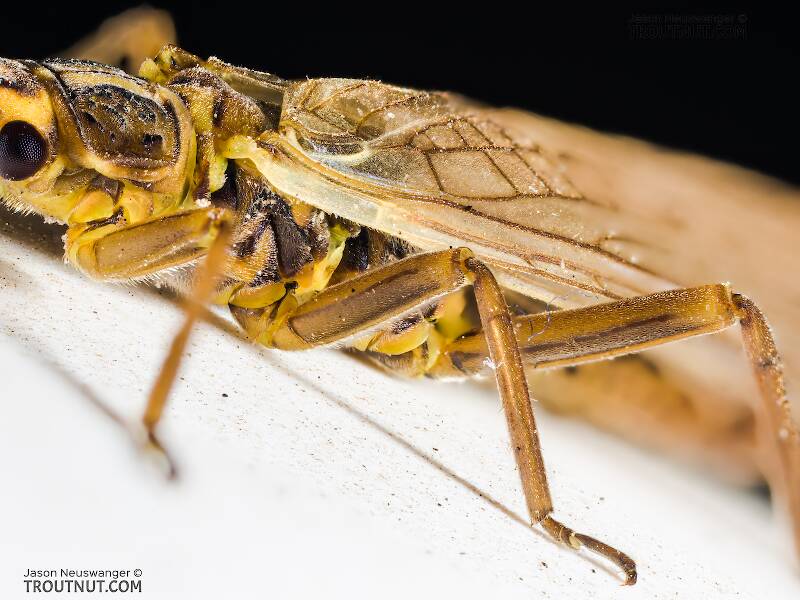 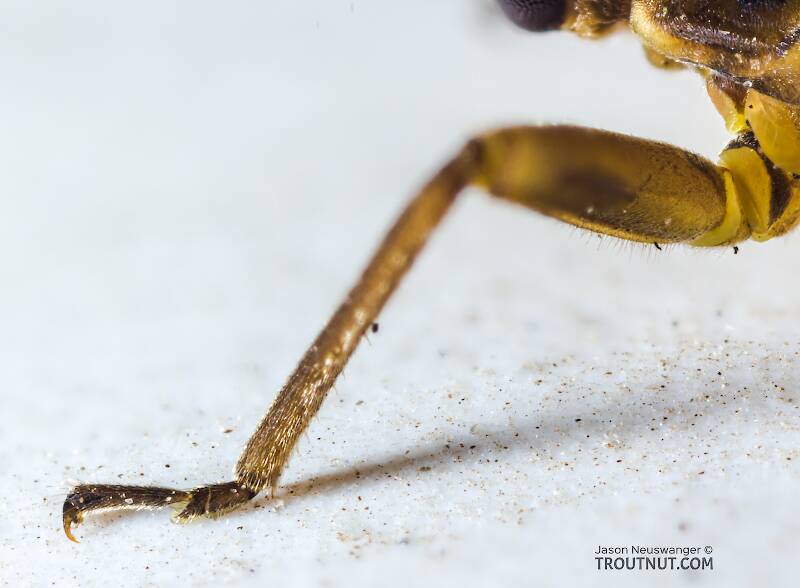 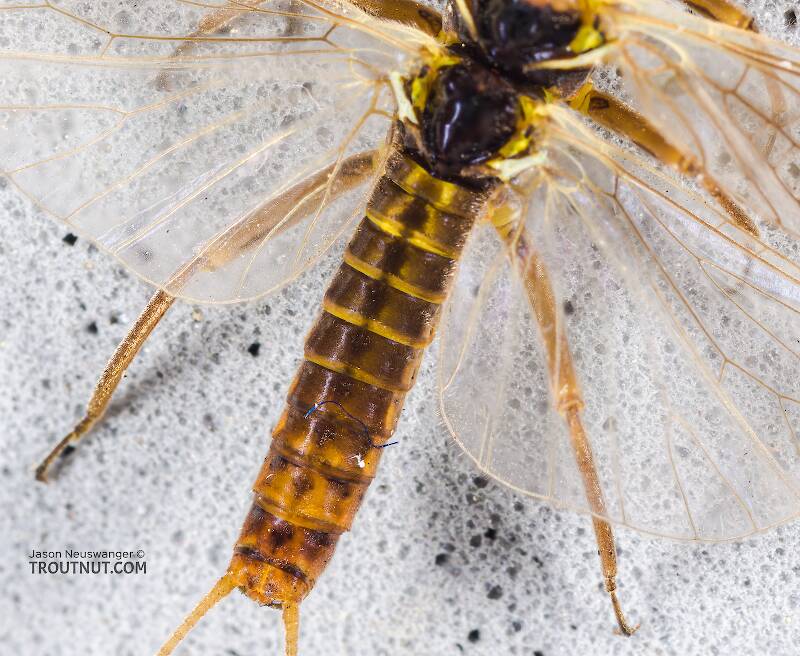 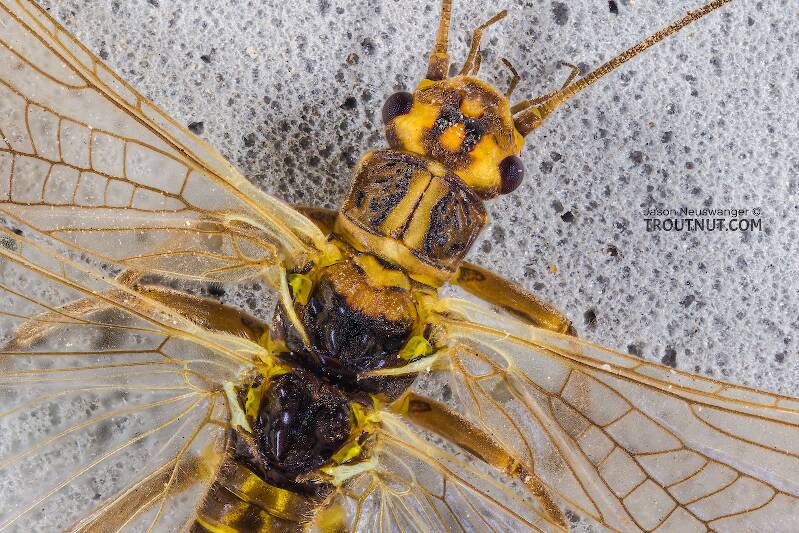 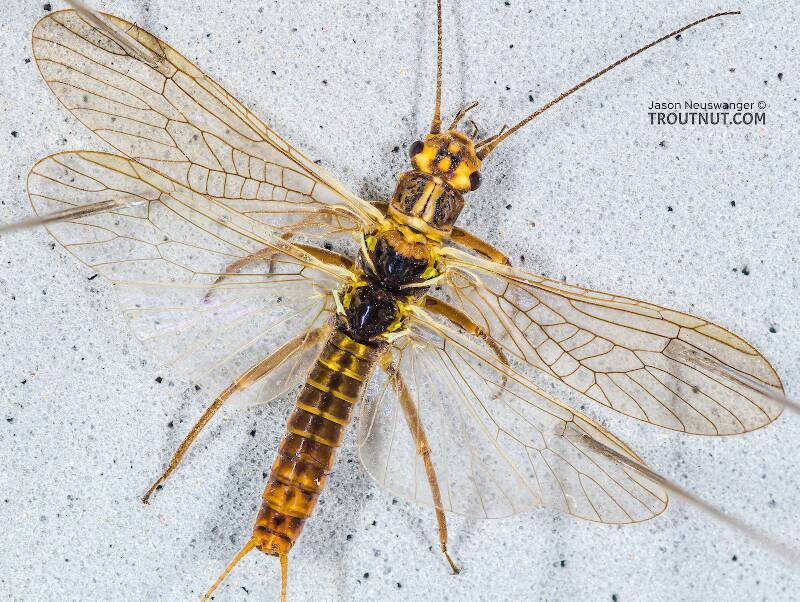 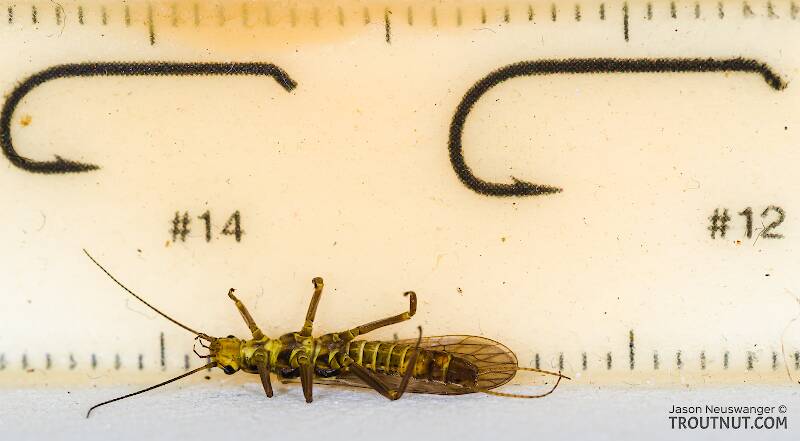 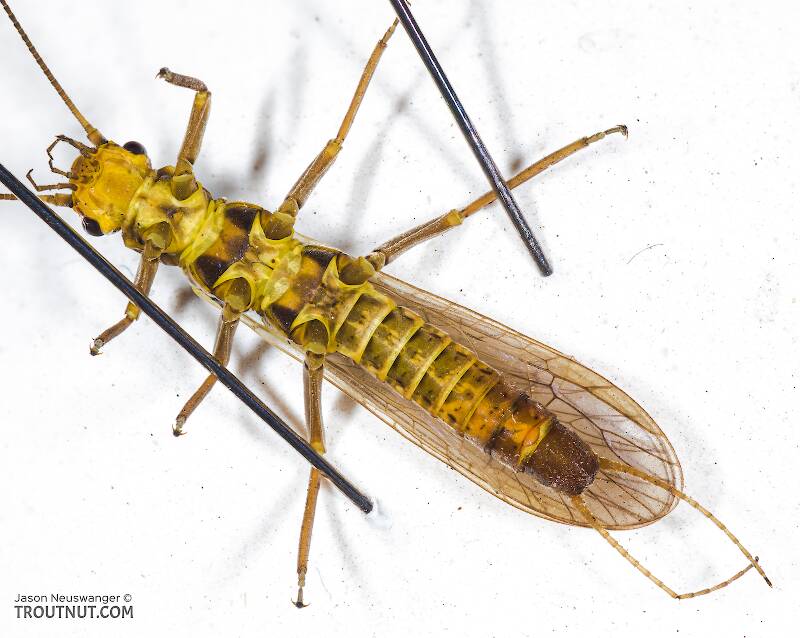 Start a Discussion of this Adult: