I captured this specimen in the same color as this photograph, during its egg-laying flight. The emergers are much lighter.

This caddisfly was collected from the West Branch of the Delaware River in New York on May 13th, 2007 and added to Troutnut.com by Troutnut on May 18th, 2007. 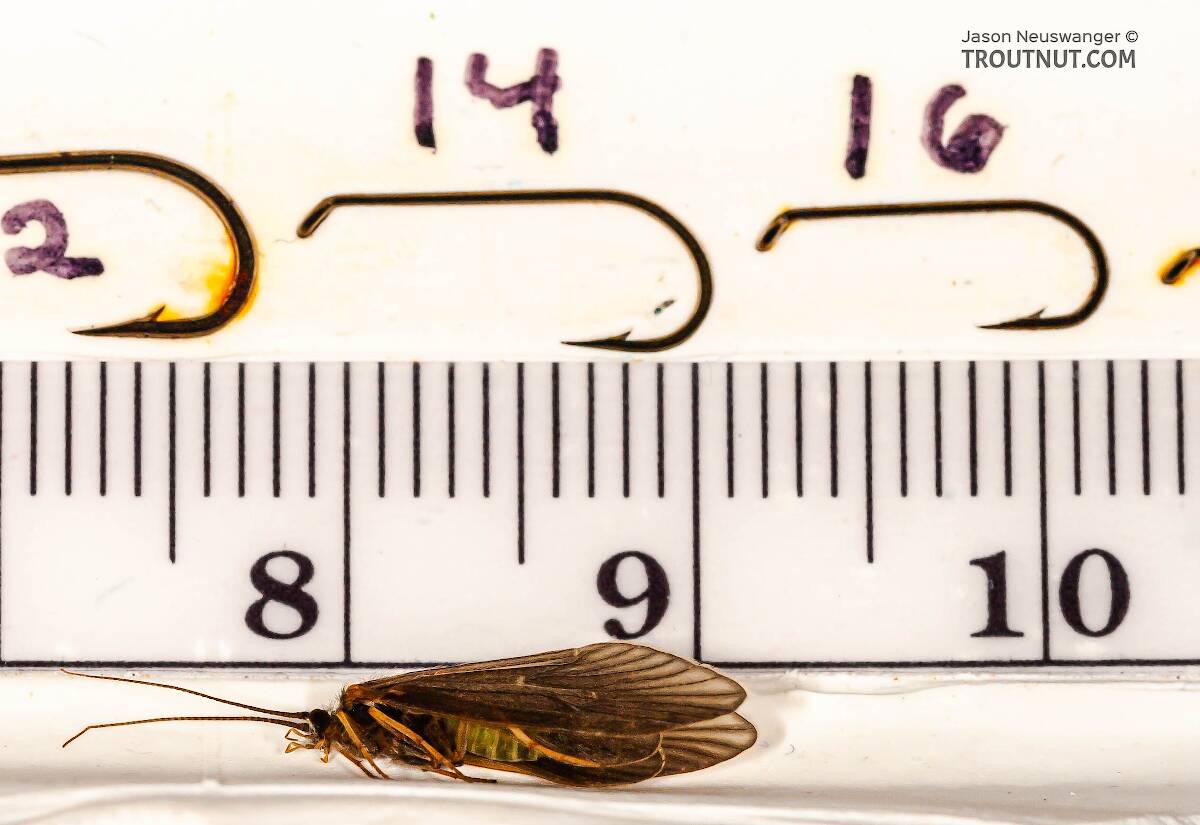 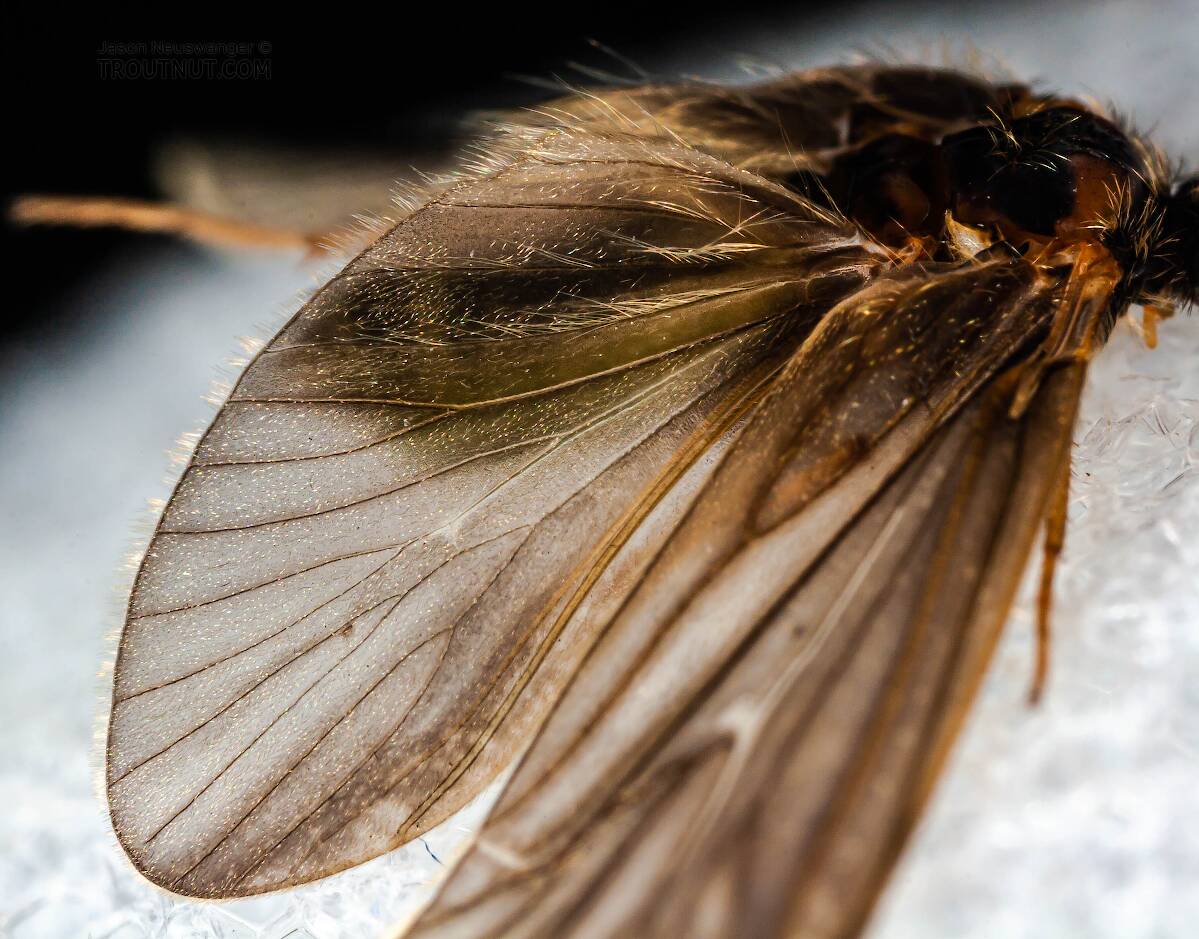 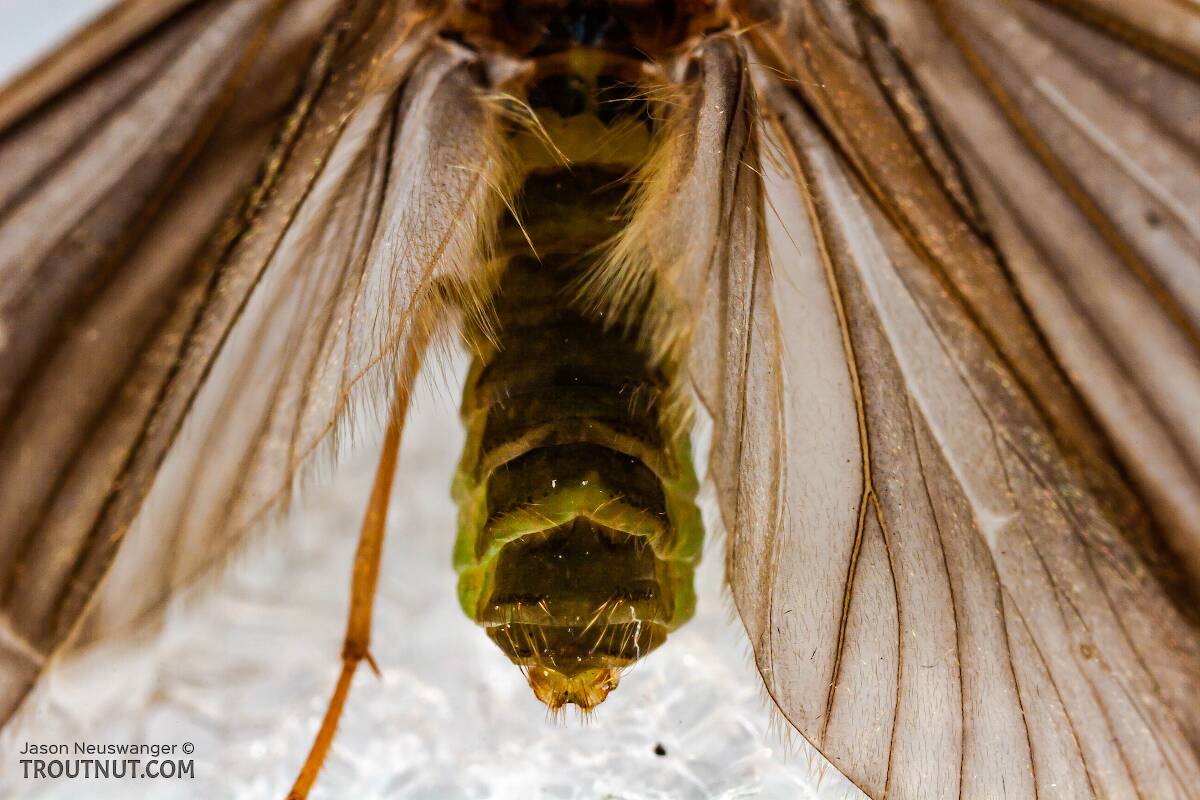 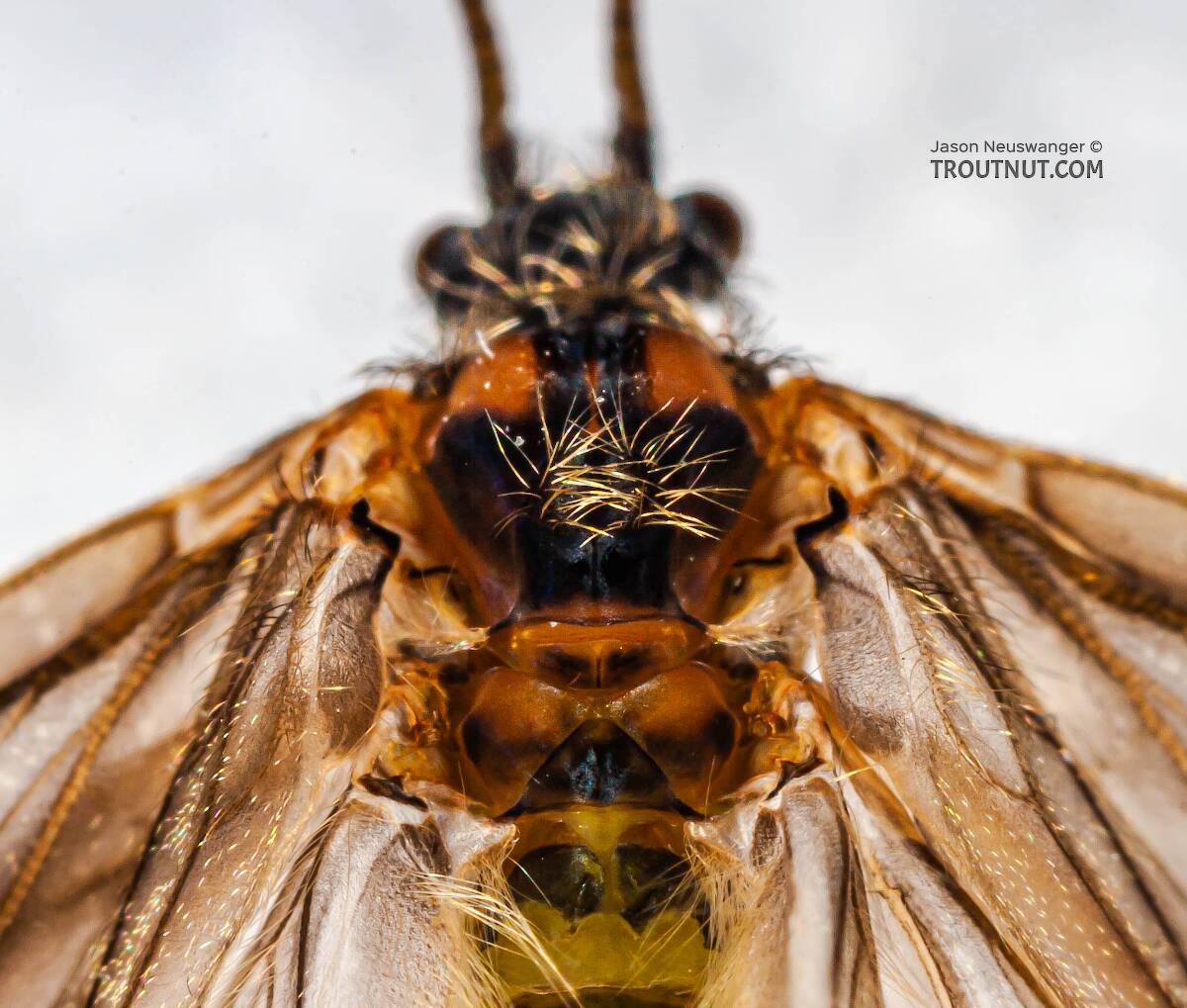 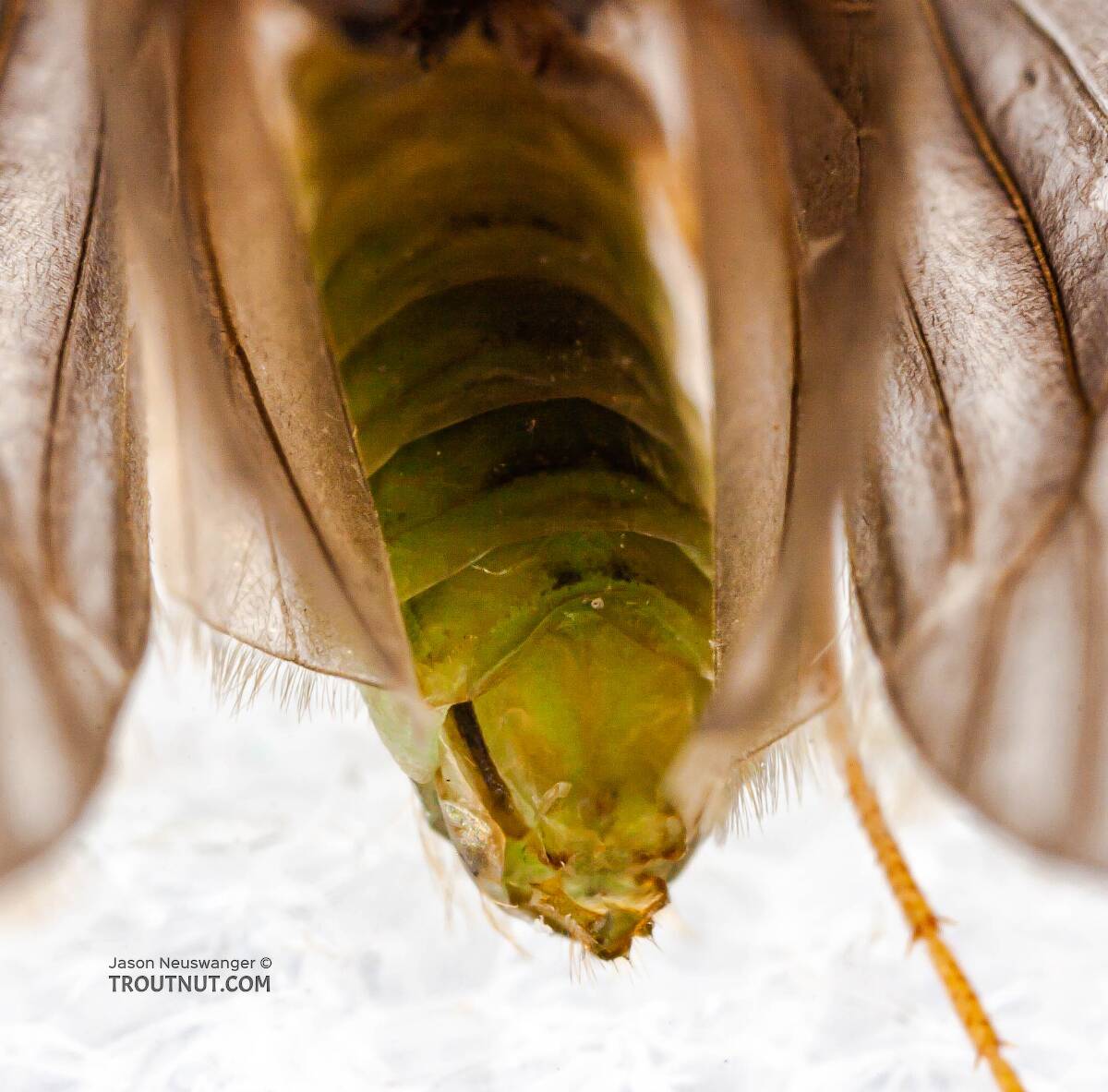 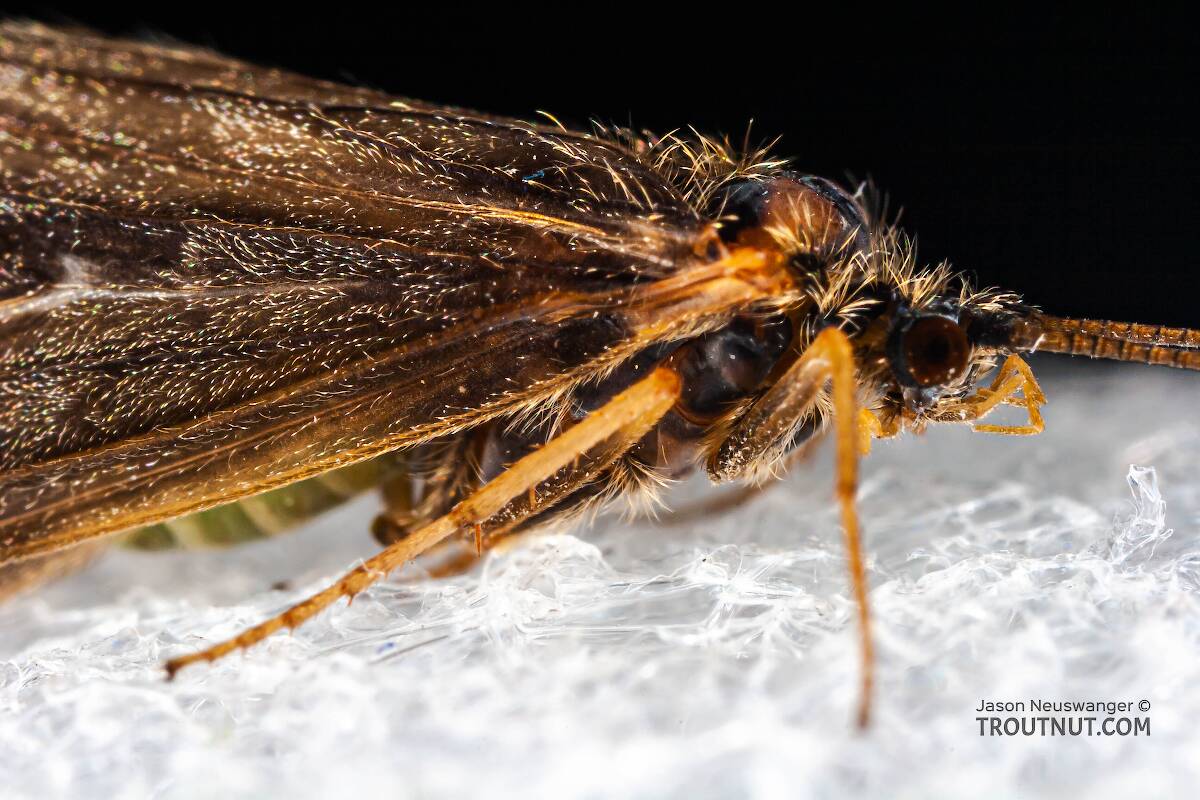 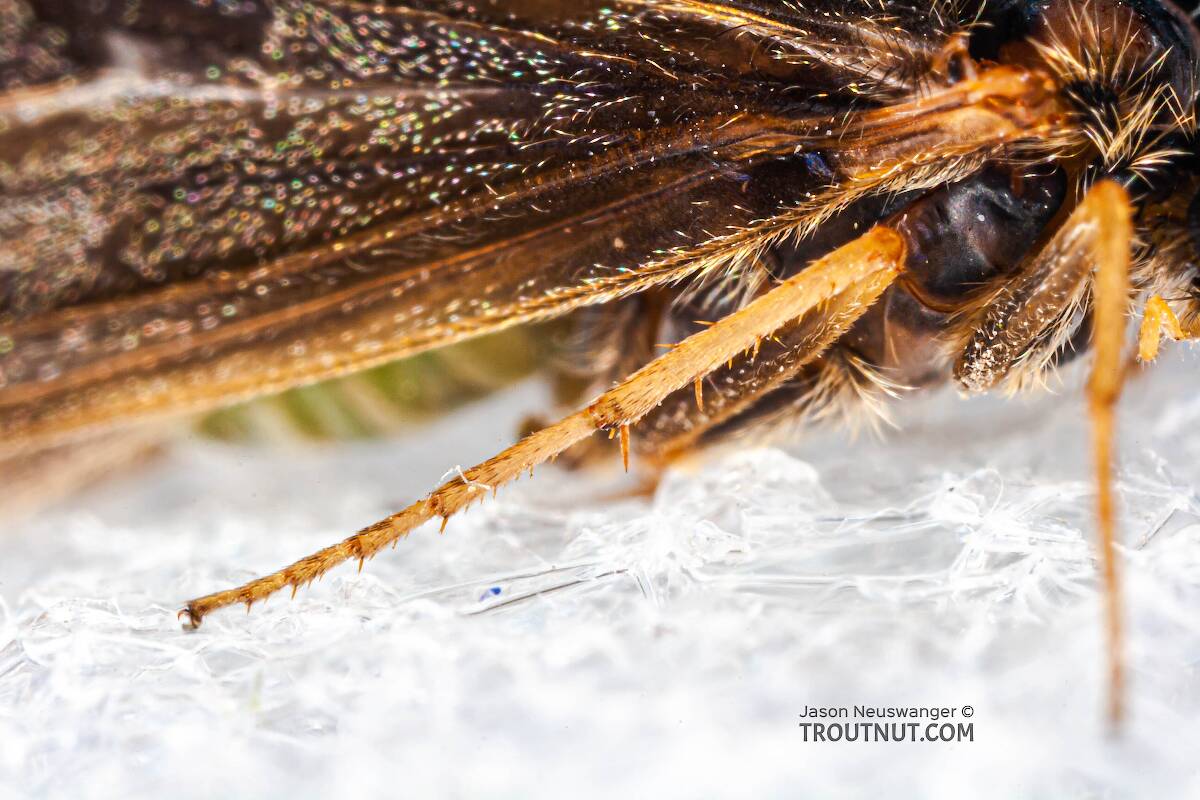 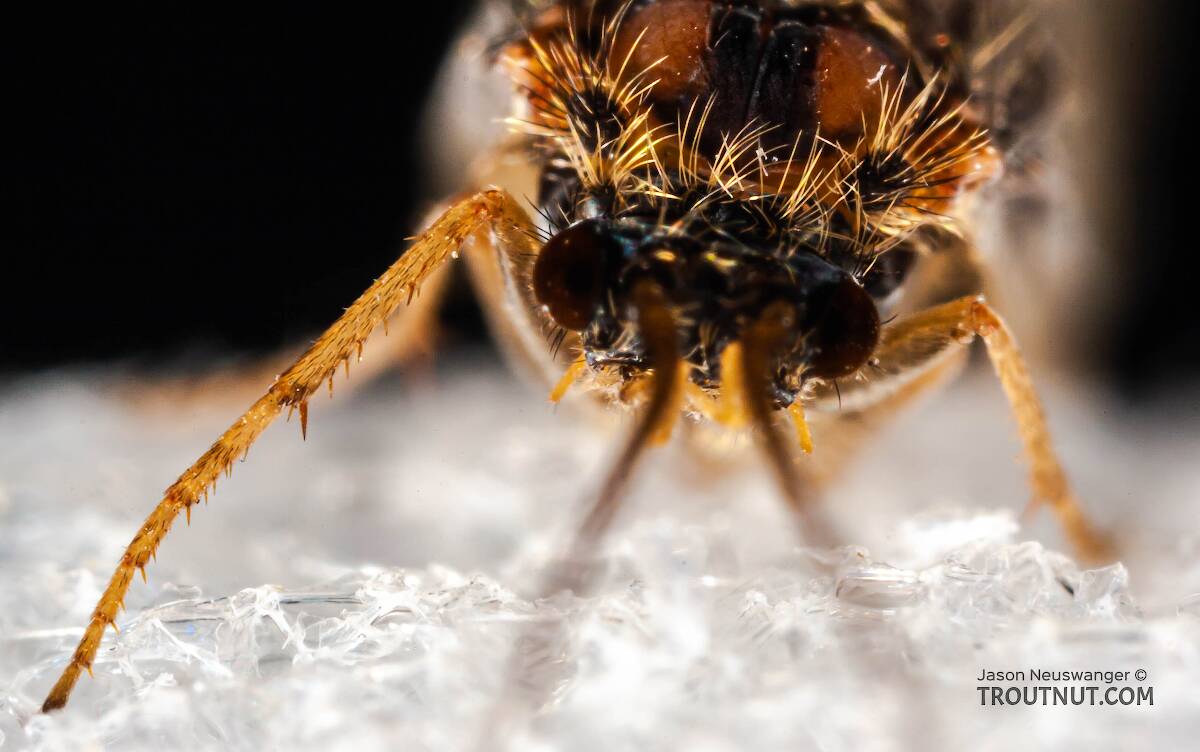 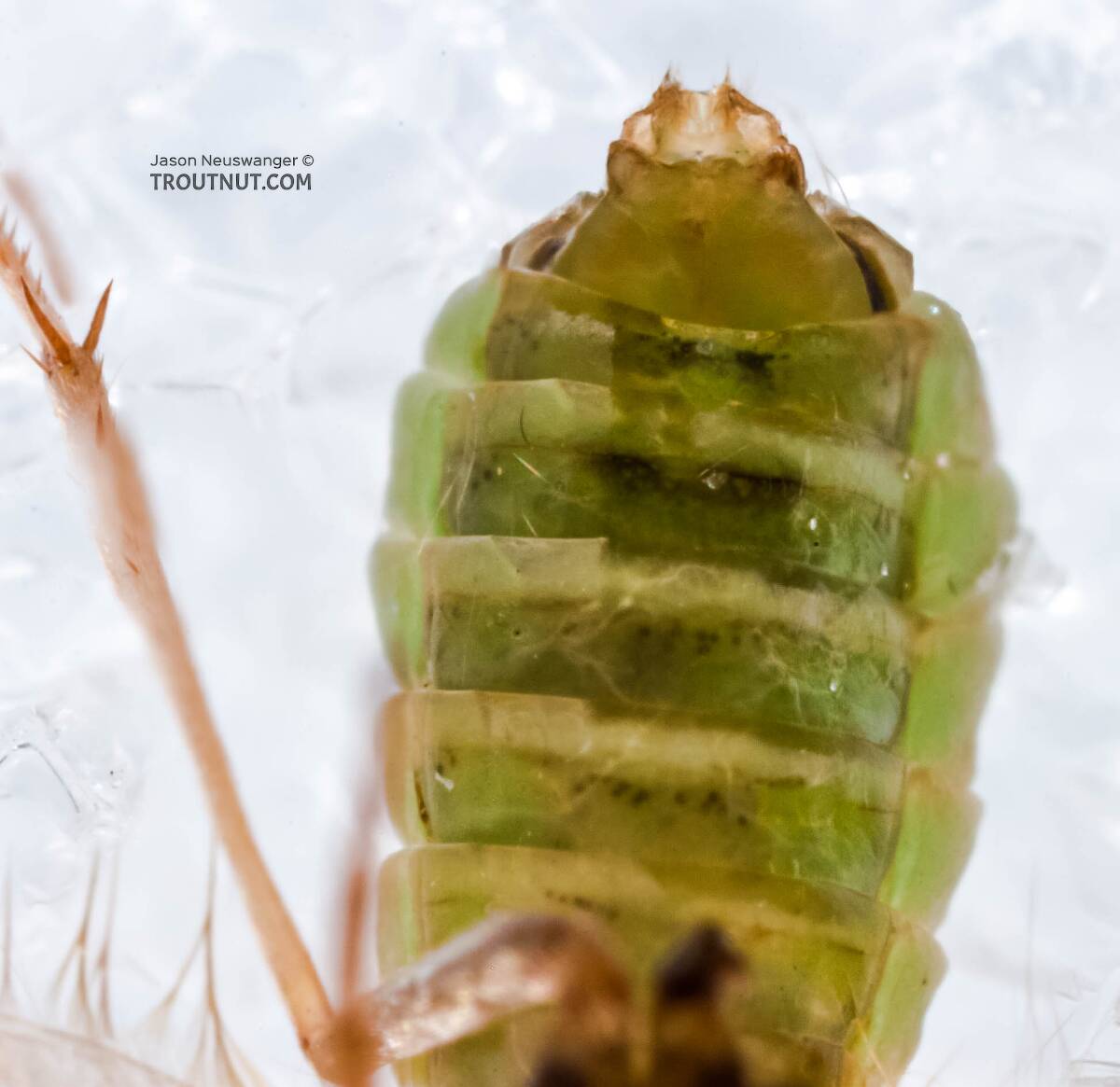 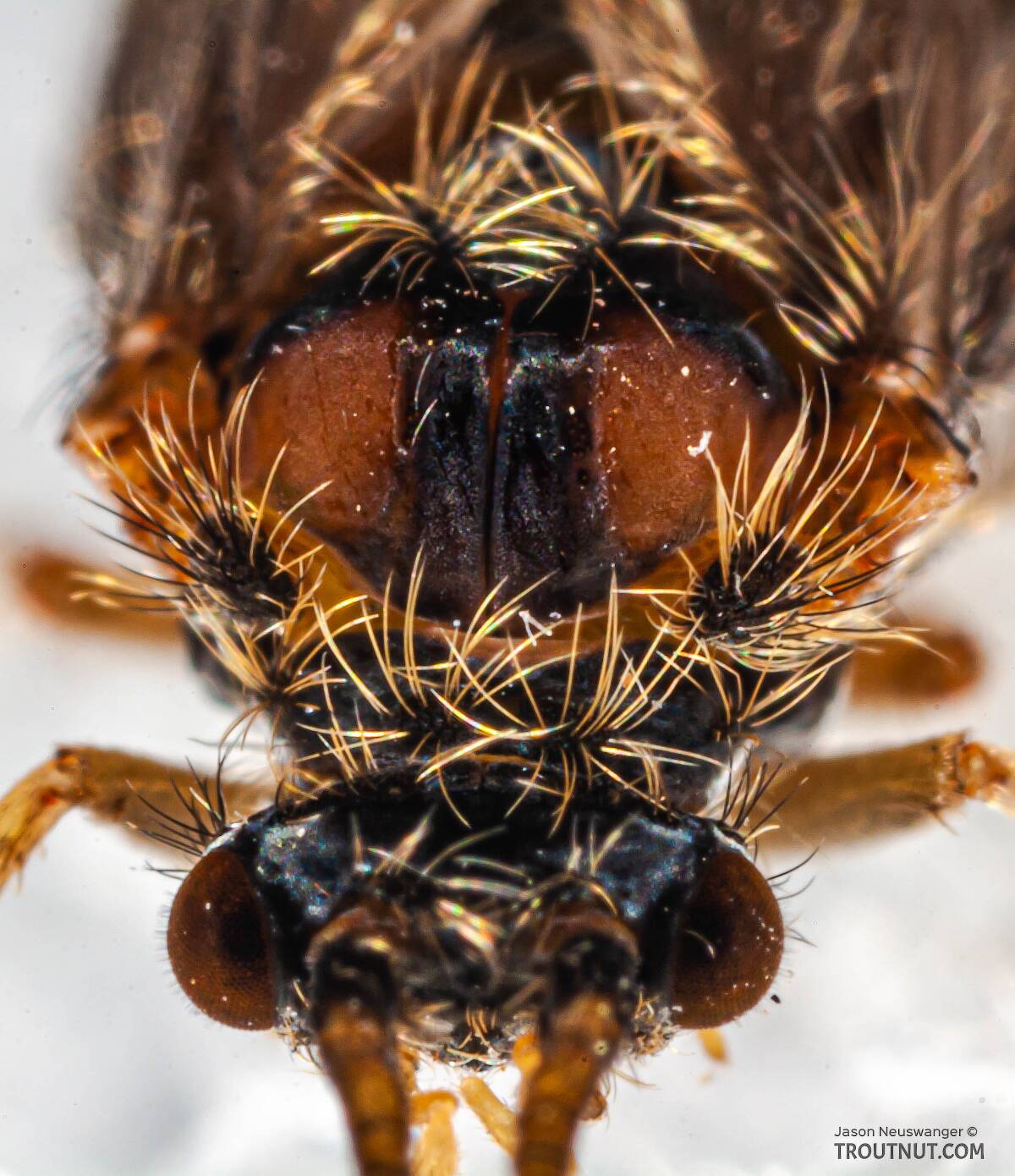 Discussions of this Adult

caddis flies
2 replies
Posted by Flytyer0423 on Aug 11, 2009
Last reply on Aug 11, 2009 by GONZO
do all caddis flies have brown or a close shade to brown legs all the ones i looked at so far are either brown or a light brown almost tan
Reply
Emergence
Posted by Martinlf on May 7, 2009
Last reply on May 7, 2009 by Martinlf
I happened to be in the right place at the right time for my first Apple Caddis emergence a week or so ago, and caught fish on a Tulpehocken Creek Outfitter's emerger pattern that I tied years ago, but have never used before. It's something like a CDC mayfly emerger, tied on a scud hook, with a puff of CDC at the head to float the body, which remain subsurface. I also had tied in a few long Wood Duck barbules at the throat for legs. This experience led me to wonder if a similar fly might work for selective fish when dark Grannoms emerge. All day long during the Grannom hatch, I typically fish the CDC adult pattern that I posted a while back, and do OK, but last week the fish I was fishing over would have nothing to do with an Apple Caddis CDC adult during the emergence--though they took it during egg laying on flat water in the evening. Do the Grannoms and Apple Caddis have similar emergence behavior? I realize that a number of variables may have been at play. The fish I was fising over during the Apple Caddis emergence are notoriously picky, and they were feeding in a shallow riffle. The fish I target for dark Grannoms are in a different river and they are generally less picky, and see fewer flies. Also, I haven't fished over them for dark Grannoms in the same water type, usually fishing this hatch in deeper riffles and runs--and I may not have hit a concentrated emergence yet. Finally, does anyone know a good wet fly for the Apple Caddis? I'm assuming the pupa look enough like the adults that an apple green abdomen with a tan thorax and light hen hackle would work, but I'd be happy to see a recipe for a proven pattern. And any thoughts on the general topic would be welcome.
Reply
Mating of black caddis
32 replies
Posted by Reify on Jul 7, 2007
Last reply on Jul 17, 2007 by Shawnny3
I read a nice article on black caddis swarming/ mating and it mentioned that one oof the few times a trout will readily hit black caddis on the surface is when a coupled mating pair fail to rise from the swarm and fall onto the surface; there's apparently 20 seconds or so before they can separate and they are vulnerable to trout - and trout know it and look for coupled black caddis under/ down stream from swarms. The author went on to say that patterns mimicking that situatuion were very successful, as are good black caddis emerger patterns. What he didn't give were the patterns he uses or the position the male and female would likely be in during coupling so that the reader may know where/ how to position the male and female for such a pattern. It's a tough enough matter to tie a paired insect pattern without knowing the orientation; does anyone have a clue about this? It could very well be that orientation doesn't matter since the pair apparently struggle violently to separate and get back aloft, so maybe any willy-nilly way a tier manages to construct a mock-pair of copulating black caddis on a single; or maybe better two hooks will suffice.

Our black caddis population where I fish is growing very fast over the years and they are on the water almost the whole season; the emerger works great in mid to late afternoon,and I've got several good working patterns for it. But when the swarm forms, the only trout feeding on adults are ones leaping to grab the fluttering swarm members (males) or random egglayers (females) and imitating them is, of course futile. If the female fell into the drink after ovipositing, that would be nice, we'd have a different situation, where trout would feed on fallen females; but the females don't do that, rather, they fly off to the trees or meadows along the stream and die there.

If, like this author claims, trout key on struggling coupled mating pairs, a good pattern would be nice to have. Any ideas on how to do this will be welcome.
Reply


Start a Discussion of this Adult: