This species may be locally important in the West. Knopp and Cormier in Mayflies: An Angler's Study of Trout Water Ephemeroptera report that there are dimicki hatches in Yellowstone National Park.
In the Seattle area, I found swarms of spinners multiple nights in a row in late June and early July, but they were overshadowed by more abundant other species.

I found swarms of these spinners in the same two exact positions on two different nights two days apart, which was an interesting illustration of how reliably they hone in on the specific habitat they're looking for. Both were in the first real pool after a very long stretch of fast water, but the swarms were over riffly sub-sections of the pool. Unlike many mayflies that do their thing high in the sky or at least above your head, these spinners were dancing around one to two feet above the water's surface.

Most of these descriptions are direct quotes from the original scientific sources describing or updating the species, although there may be errors in copying them to this website. Such descriptions aren't always definitive, because species often turn out to be more variable than the original describers observed. In some cases only a single specimen was described. However, they are useful starting points.

Head pale yellowish faintly tinged with light brownish on vertex. Pronotum pale ochreous tinged with brownish, each lobe bordered laterally by a black line and with an oblique black median streak; a strong black streak at base of foreleg. Mesonotum pale brownish, lateral edges and scutellum light yellow; pleura pale brownish with a light yellow patch anterior to wing base, this patch bordered both dorsally and ventrally by distinct black streaks; black streaks at bases of both mid and hind legs. Metanotum pale brownish with a paler, more yellowish, median projection. Abdomen with segments I-VII pale hyaline yellowish, each segment with narrow posterior black border and with dark streak on posterior half of lateral edge; last three segments opaque, tinged with light brown. On all but the first and the last two segments there are indistinct, lateral, L-shaped smoky marks with small commalike streaks attached ventrad to the anterior ends of same. Ventrally pale yellowish, the two posterior segments faintly tinged with brownish. Forceps pale smoky; setae deep smoky with fine dark intersegmental rings. Legs dull amber, the tibiae and tarsi tinged with smoky, the femora twice-banded with purple-brown, coxae with a black streak. Wings hyaline with fine dark veins and crossveins.

The male genitalia are quite similar to those of Cinygma integrum, but the stimuli are smaller, and the apex of each lobe of the penes is evenly rounded and without the slight tooth found in integrum, there is also less of a lateral excavation at the junction between the basal and apical sections. Both species show a pair of minute spines dorsally near the base of cach lobe of penes, a feature not shown McDunnough's drawing of Cinygma integrum (1926, Can. Ent. LVIII, 302). 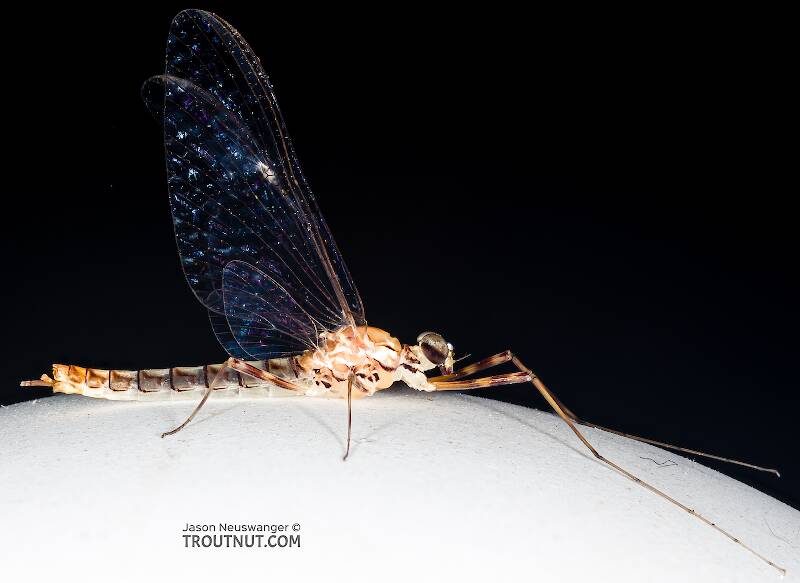 I found a couple small (one or two dozen flies) clouds of these male spinners dancing low over the riffly parts of a pool in this fast river draining out of the Cascades.
Collected June 30, 2021 from the Cedar River in Washington
Added by Troutnut on July 2, 2021
Male Cinygma dimicki (Western Light Cahill) Mayfly Spinner
8 Pictures 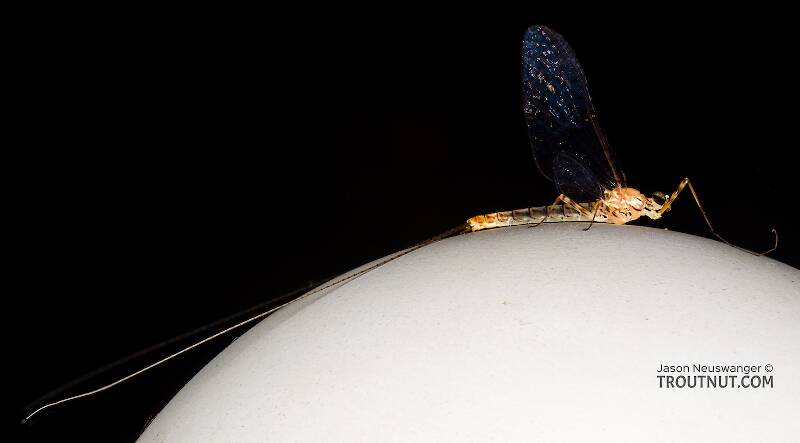 A couple days earlier I caught a male spinner of this species with some wing damage and missing tails, so I went back to the same pool try to get one more intact. This one has some leg damage, but between the two specimens you can get an idea what the whole insect looked like. There were small clouds of Cinygma dimicki spinners again over the same two small, specific locations in the pool, which is an interesting testament to how repeatably they choose their ideal mating habitat. I was able to capture this one and a female.
Collected July 2, 2021 from the Cedar River in Washington
Added by Troutnut on July 4, 2021 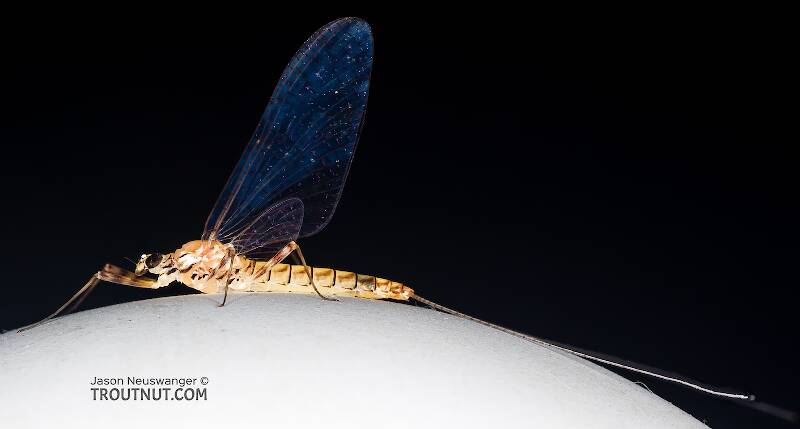 This female spinner was collected with a male from the same swarm.
Collected July 2, 2021 from the Cedar River in Washington
Added by Troutnut on July 4, 2021