I found this spinner on the same piece of stream as a similar dun, probably of the same species.

This mayfly was collected from Mystery Creek #43 in New York on September 19th, 2006 and added to Troutnut.com by Troutnut on October 4th, 2006. 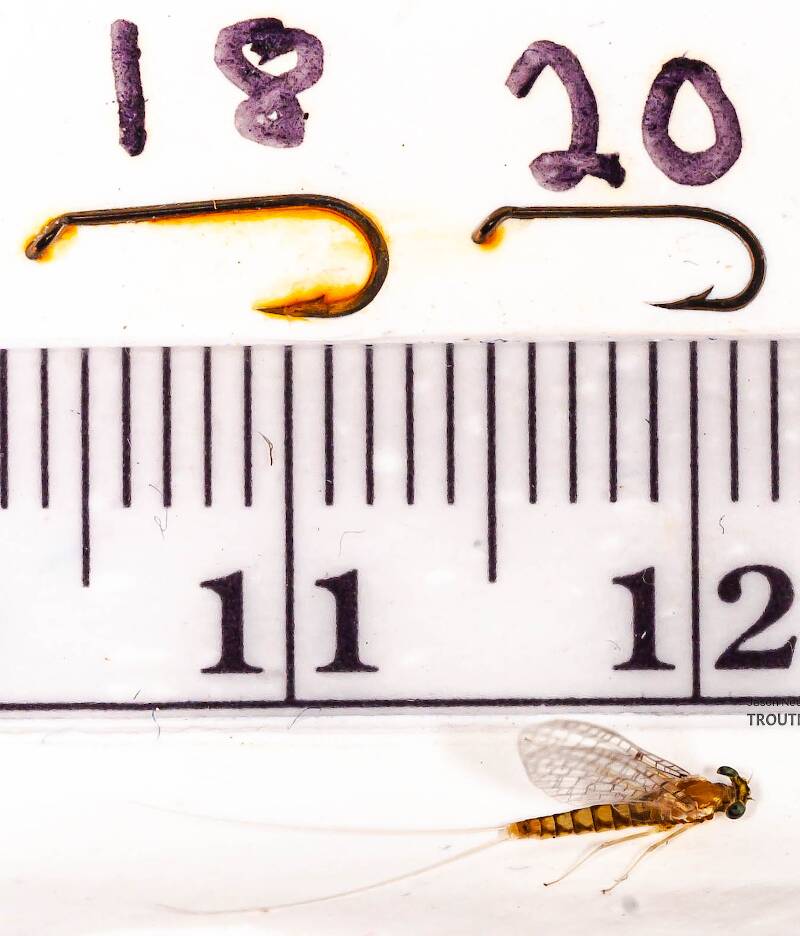 Discussions of this Spinner

Your question about the Little J mystery hatch finally motivated me to put all the pieces together on this. I am now confident enough to recommend that specimens #643 (female dun), #622 (female spinner), and #644 (female spinner) should all be entered under Leucrocuta hebe along with the two male spinners already on the Leucrocuta page.

Thomas Ames' Hatch Guide for New England Streams has a photo of a female spinner on pg. 126 that matches these precisely. Apropos of your photo of this specimen in particular, he makes this interesting observation:

"After molting the yellowish hues of the females get richer, and the markings on their clarified wings get more defined, with a propensity toward rainbow-like refractions[my emphasis]."

With a fairly complete collection of photos, the observations from the Little J gang, and mine from pg. 93, I think you can assemble a nice page on L. hebe. You'll have to start by upgrading its significance as an important hatch. It is also surprisingly widespread in both of our states. I have encountered very few streams in PA or NY that didn't have at least a token population, and most have lengthy, fishable hatches.

Like many other hatches that shine in the late season, this one is also historically late in receiving the recognition it deserves.
Reply

Start a Discussion of this Spinner: