See Neoephemera, the only genus in this family, for details about these large and uncommon mayflies.

Specimens of the Mayfly Family Neoephemeridae 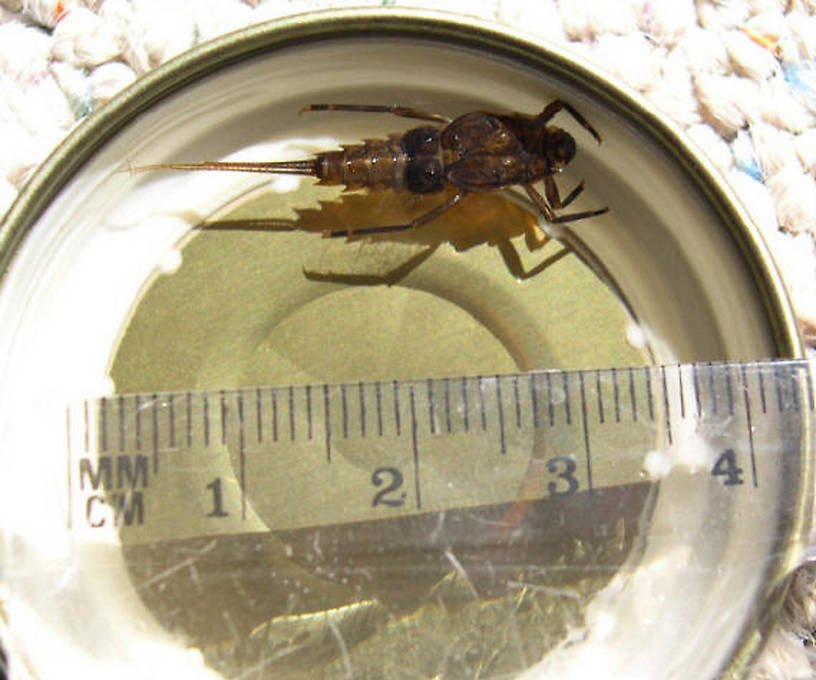 This specimen was sent to me for identification by Caleb Boyle, who did such a good job taking pictures of his mystery mayfly that, after identification, I asked him for permission to add it to this site, which he granted. This is great luck, since Neoephemera is a rare mayfly and it's unlikely I would ever have collected a specimen for the site myself.

Caleb collected it in mid-late May of 2004 either McDowell County or Ashe County in North Carolina, in a riffle less than two feet deep in a cold trout stream. He reared the nymph into a dun, whose wings appear in one of the photos below. He describes the specimen as follows:


I don't know to which species it belongs, but its size rules out the most common one in the genus, Neoephemera bicolor. It matches the size of Neoephemera purporea so that is a likely other possibility, but there are two other candidate species (Neoephemera compressa and Neoephemera youngi) about which I have no information, so I can't rule them out.

Disregard the camera, region, and exact date listed on these photos. I still need to update the site to accommodate user contributions which don't use my equipment.