This is one of the two most common Western species of Epeorus, and its spinner falls can be important.

Time of year : July through August

The Epeorus albertae emergence is usually too sparse to be important.

These are the most fishable events produced by Epeorus albertae. 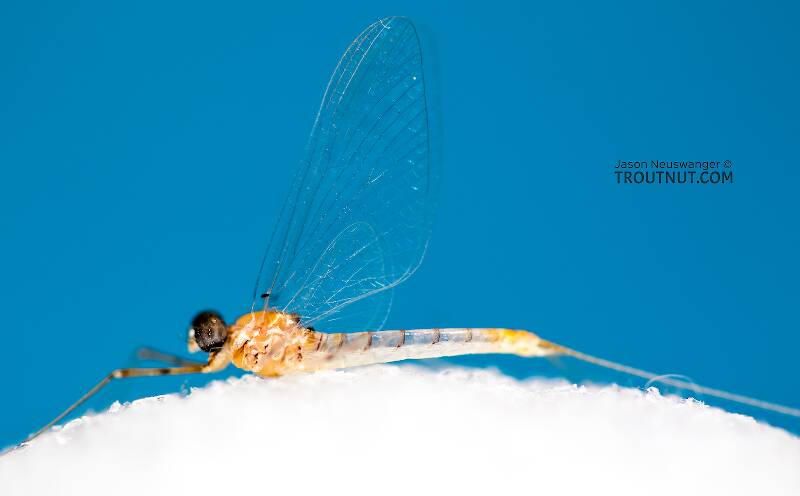 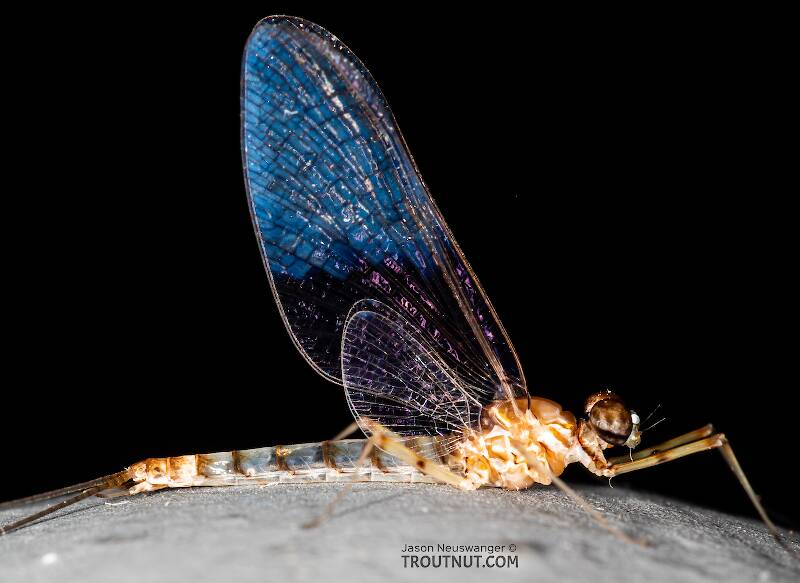 This spinner appeared inside our car after a rest stop overlooking the Snake, so that's most likely where it came from. Two different keys place it firmly in Epeorus albertae.
Collected August 23, 2020 from the Snake River in Idaho
Added by Troutnut on September 18, 2020
Male Epeorus albertae (Pink Lady) Mayfly Spinner
8 Pictures 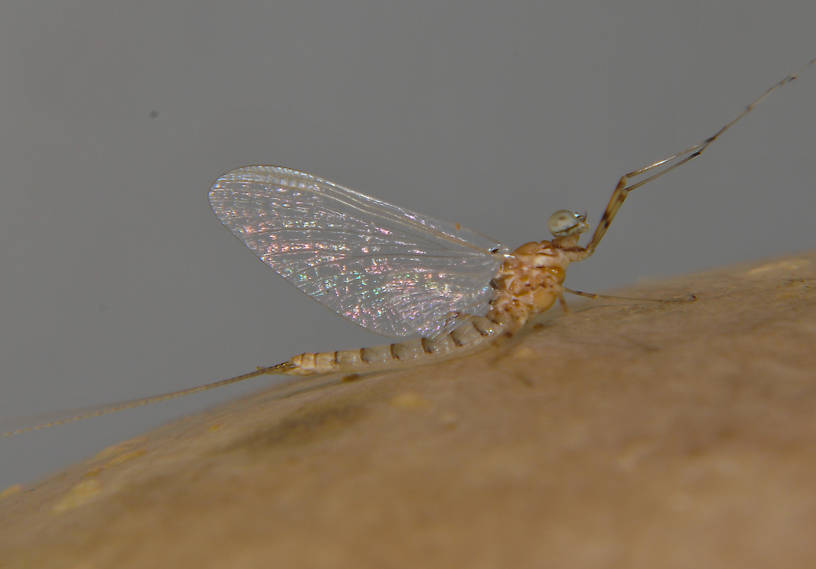 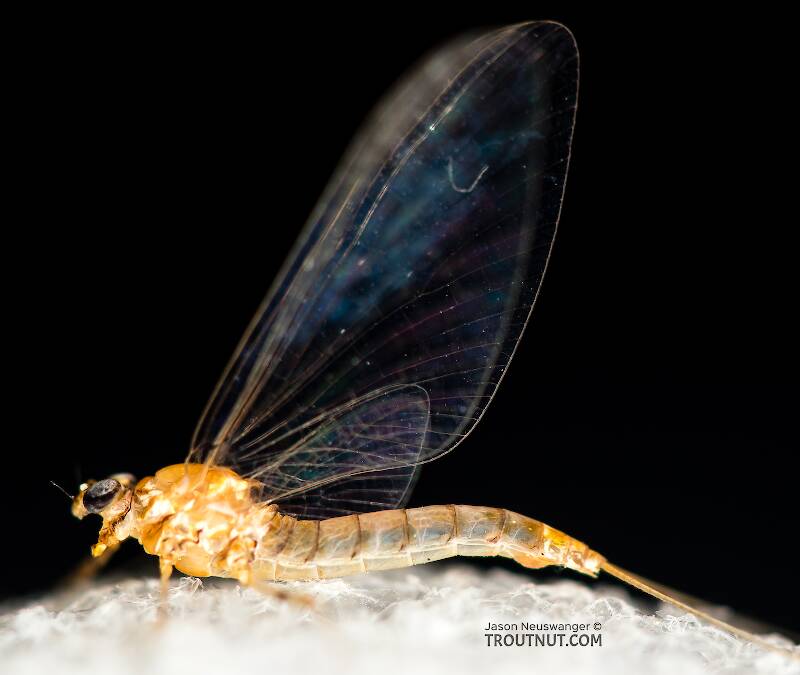 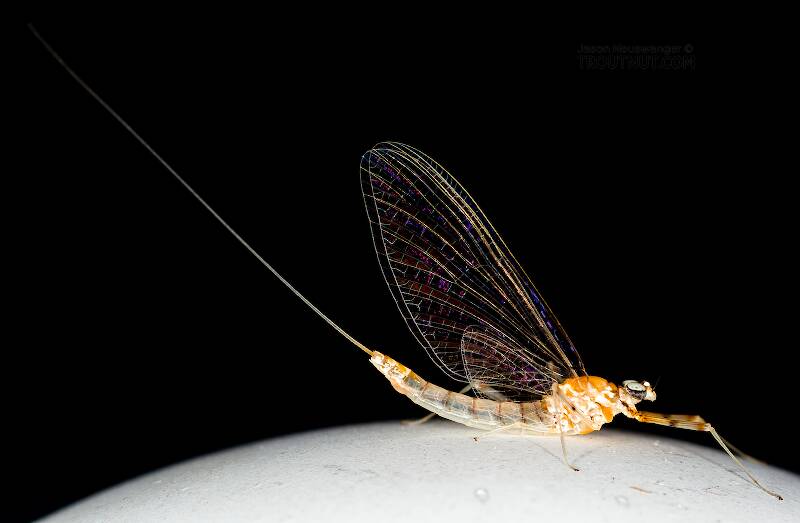 I collected this female spinner with a male dun and a female dun of the same species.
Collected July 2, 2021 from the Cedar River in Washington
Added by Troutnut on July 4, 2021
Female Epeorus albertae (Pink Lady) Mayfly Spinner
1 Picture 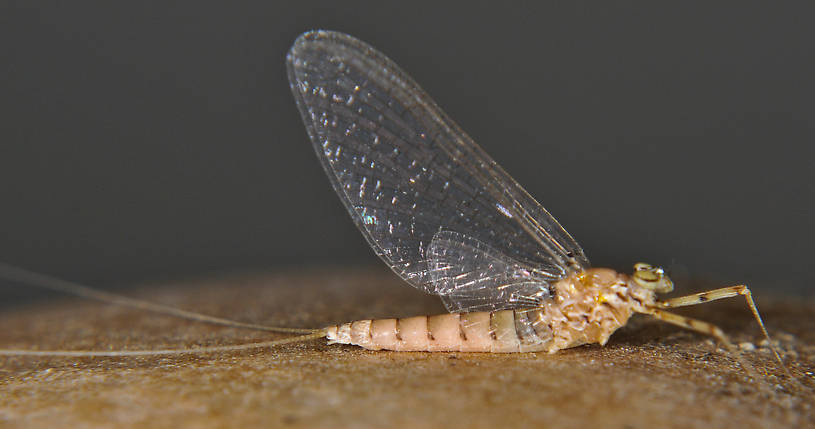 It is hard to see where the name "Pink Lady" comes from.
Collected June 29, 2011 from the Touchet River in Washington
Added by Bnewell on June 29, 2011 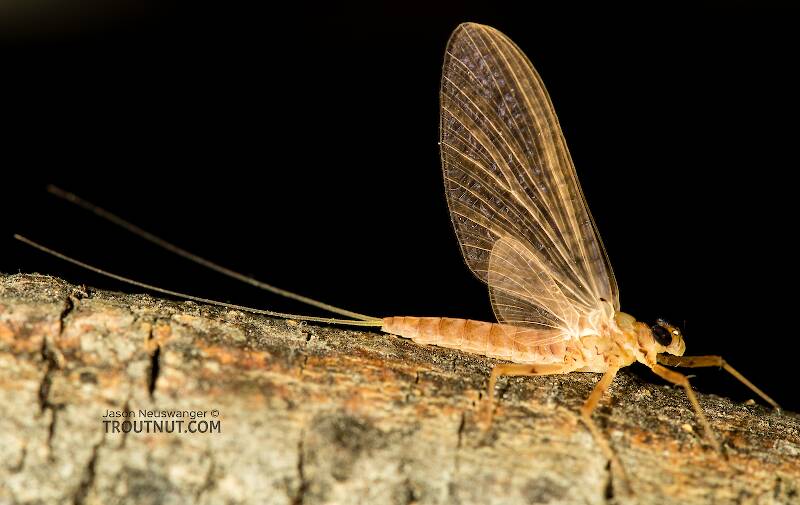 I collected this female dun with a male dun and a female spinner of the same species.
Collected July 2, 2021 from the Cedar River in Washington
Added by Troutnut on July 4, 2021
Female Epeorus albertae (Pink Lady) Mayfly Dun
1 Picture 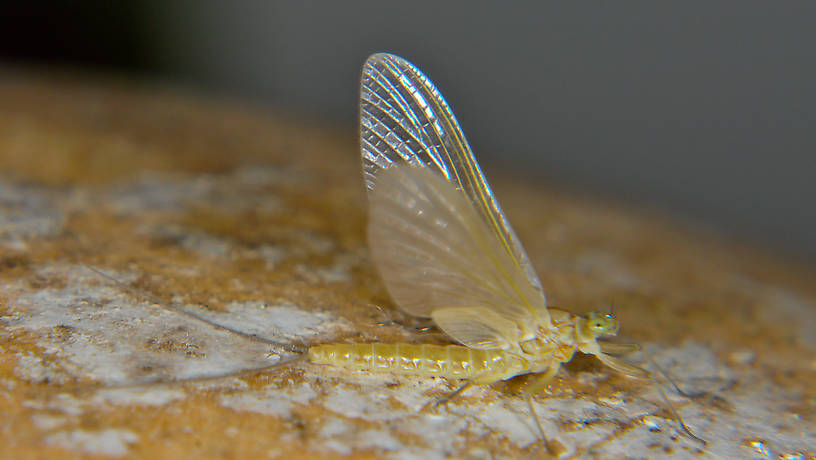 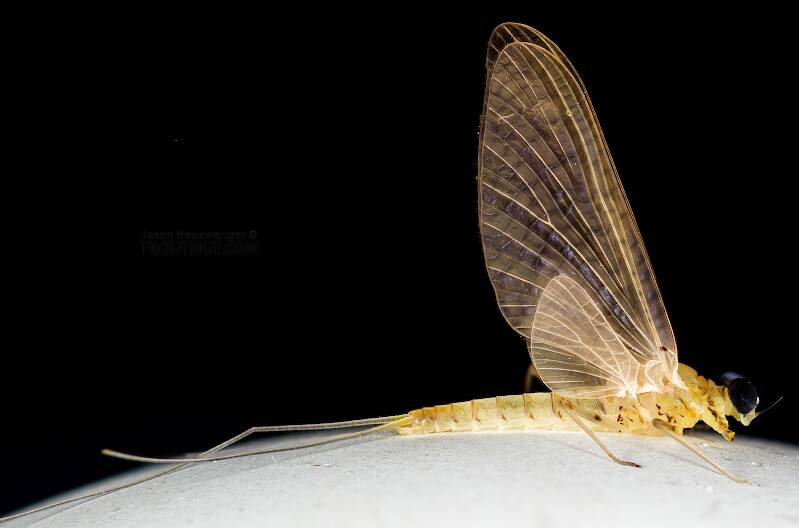 I collected this male dun with a female dun and a female spinner of the same species. Identification was initially difficult because I didn't catch a male spinner, and this dun was missing its legs. I was able to tease the spinner's penes out of the dun's shuck after it expired, although the shape was pretty similar. Fortunately, the shape is a distinctive match to the Epeorus albertae species group. In the key in Needham et al (1935), it keys to Epeorus youngi, which is now considered a synonym of albertae. It's also a very plausible dun version of this spinner collected a few years earlier, a few drainages to the north, at a similar time of year. Additionally, the female dun and spinner collected with this one match very closely those I've collected in the past.
Collected July 2, 2021 from the Cedar River in Washington
Added by Troutnut on July 4, 2021