Fun fish on the Firehole

By Troutnut on June 30th, 2019
On June 30th, we got a late start from our campground outside the park near the bug-factory Madison and drove up the Firehole valley, a surreal hotbed of steaming springs and geysers lining a fertile trout stream that winds through meadows and sparse pine forest. Given the late start, we didn't want to fish the warm water downstream of most of the geyser basins, and we certainly didn't want to join the inevitable crowds in the meadows where the river approaches the road. So we found an inconspicuous pulloff with a bit of a hike through the forest to reach the river and started fishing.

Although it's not as unique as fishing the meadows with plumes of geyser steam rising in the background, this forested reach of the Firehole was greatly charming in its own way. Pools were deep, with big logs for structure, and they all contained numerous fish. To say the fish were easy would give them too little credit, because splashy refusals were more common than true strikes, but they were feeding actively and opportunistically and we had a lot of fun catching small to mid-sized browns and the occasional rainbow.

We worked our way upstream into a more open meadow stretch, far enough from the road to not be crowded. Fish were easy enough to find there, too, and we alternated between stalking from the bank and wading through the middle of the river casting to the cut banks. A good mix of bugs around made attractor dries as good a choice as any.

Eventually the river carried us closer to the road and other anglers, so we drove up to the Little Firehole to try our luck in some cooler water during the hottest part of the day. A few small browns responded and we enjoyed the smaller water for a while, but toward evening we went back to fish a different forested reach.

The dominant evening hatch rolled through a couple different species of caddisflies, primarily the Leptocerids that had been common elsewhere in the area for the last couple days. Fly shops were talking of the "white miller" hatch but these seemed to be a close relative instead. The fish that were eagerly smacking all manner of dry flies early in the afternoon were now rising more frequently but becoming more difficult to catch on dries. They were chasing the egg-laying adults and generally rejected anything on a dead-drift. I tried a variety of caddis dries and only drew strikes when I managed to impart particularly realistic action in just the right places.

As evening progressed the riseforms changed and seemed to suggest the pursuit of subsurface pupae, so we changed to soft-hackles and started catching fish again. Later in the evening that action subsided and fish were again taking a hard-to-discern mix of prey, so I just bounced between a bunch of dry flies I can't even remember and managed to fool a few fish somewhere along the way. 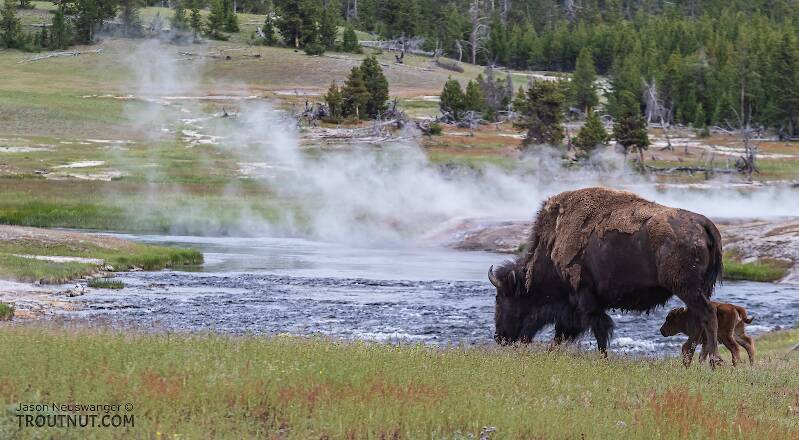 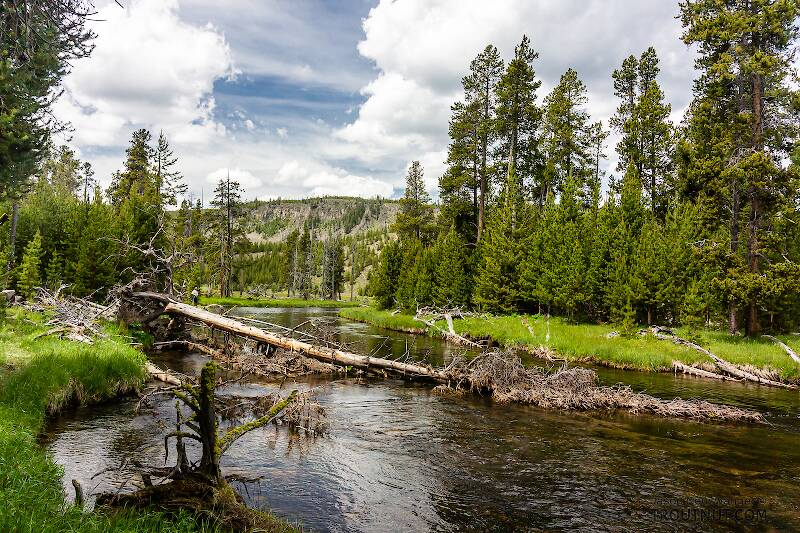 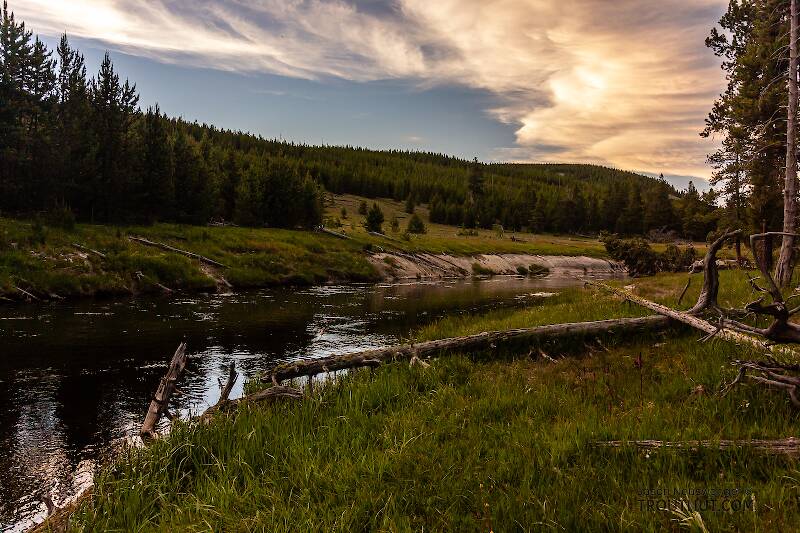 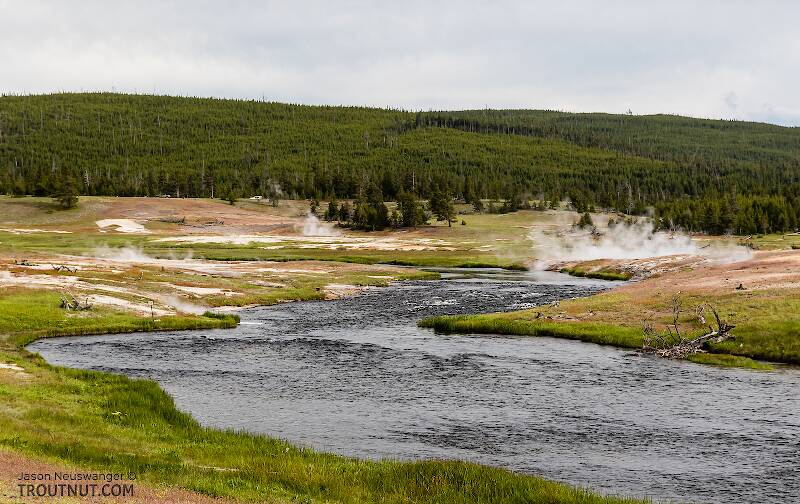 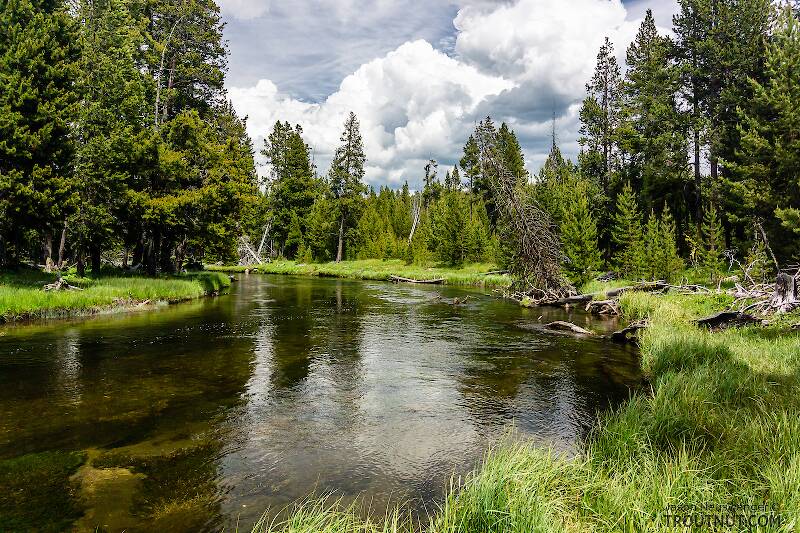 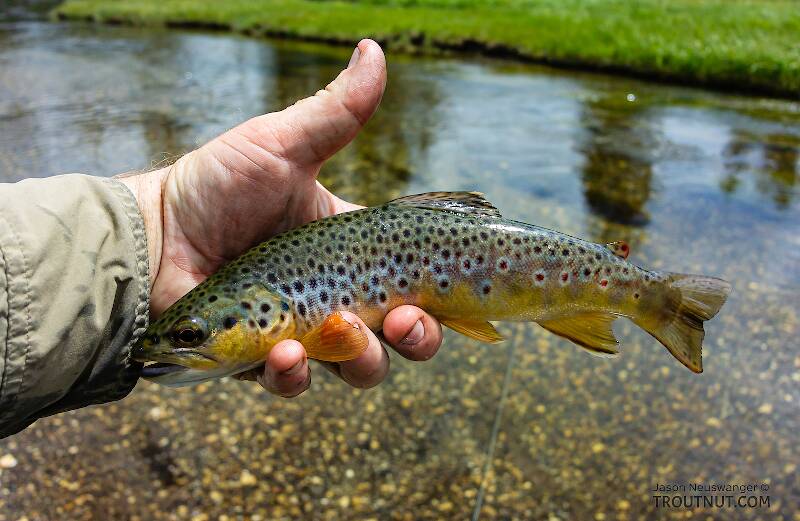 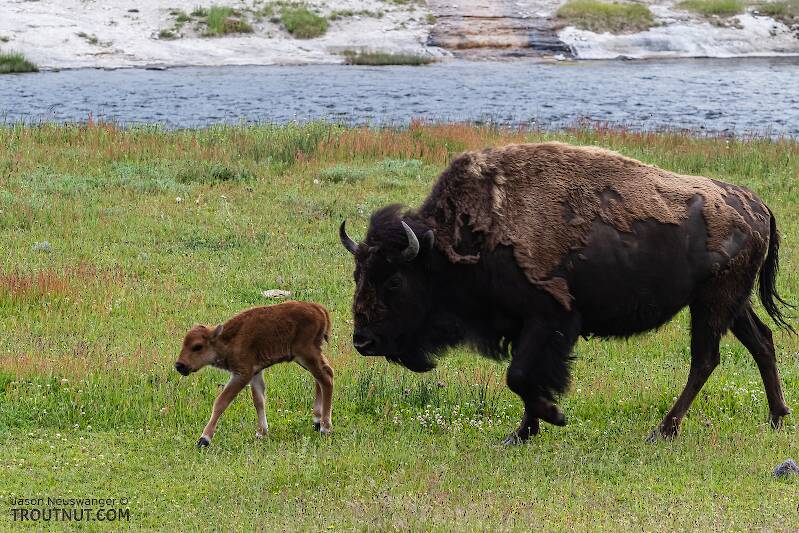 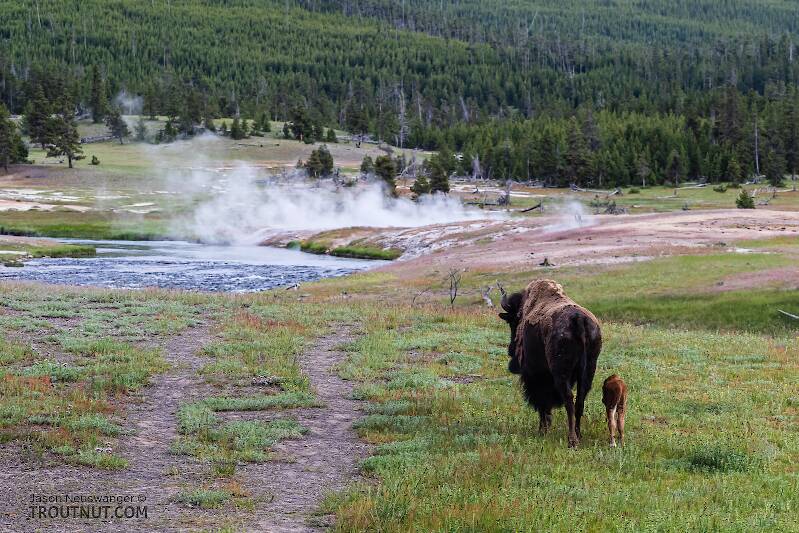 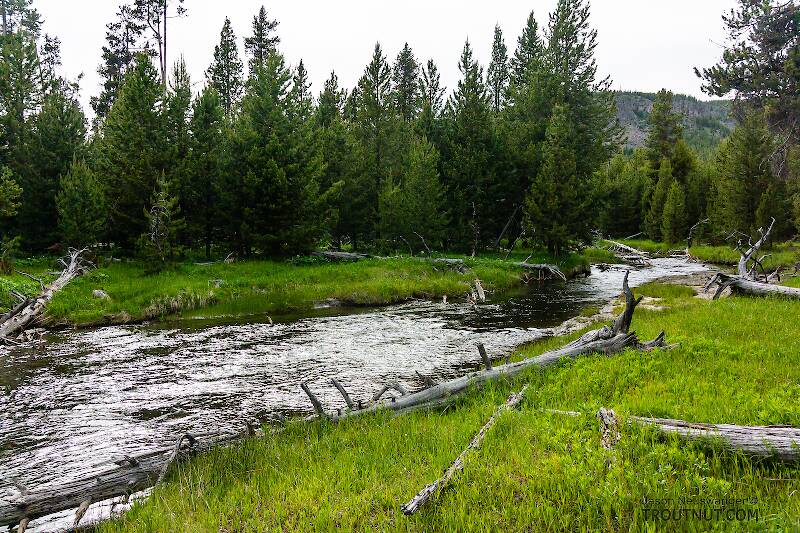 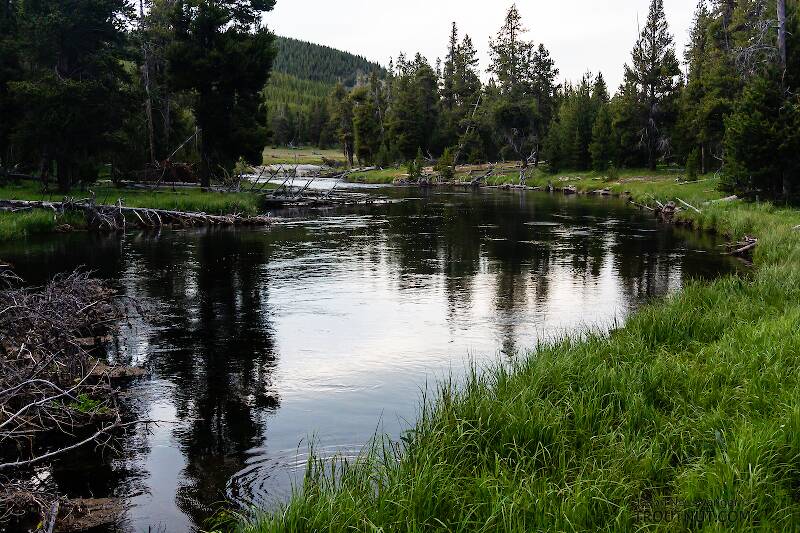 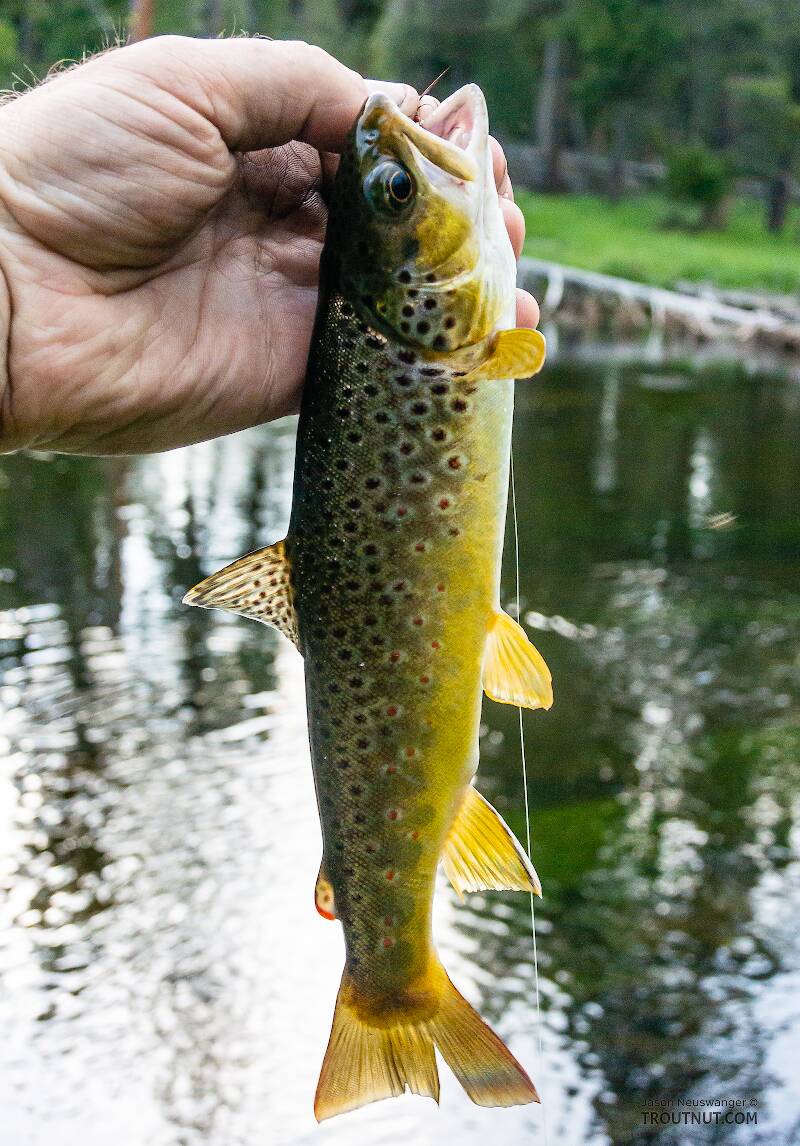 Closeup insects by Troutnut from the Madison River in Montana 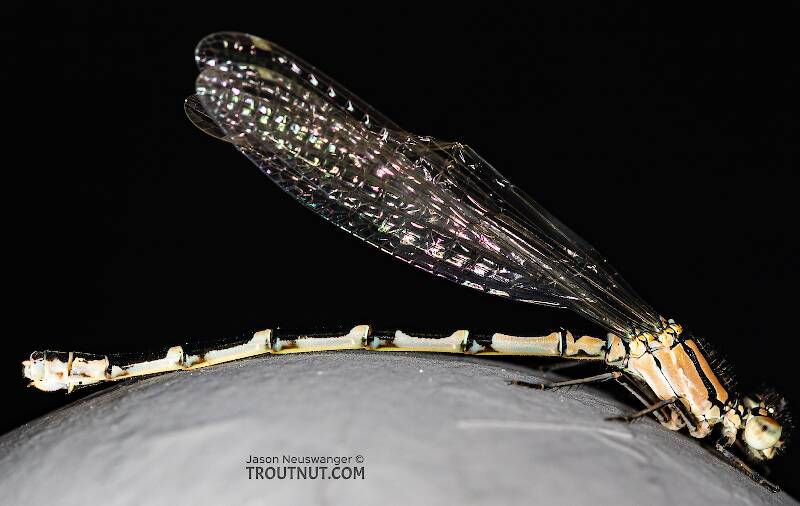 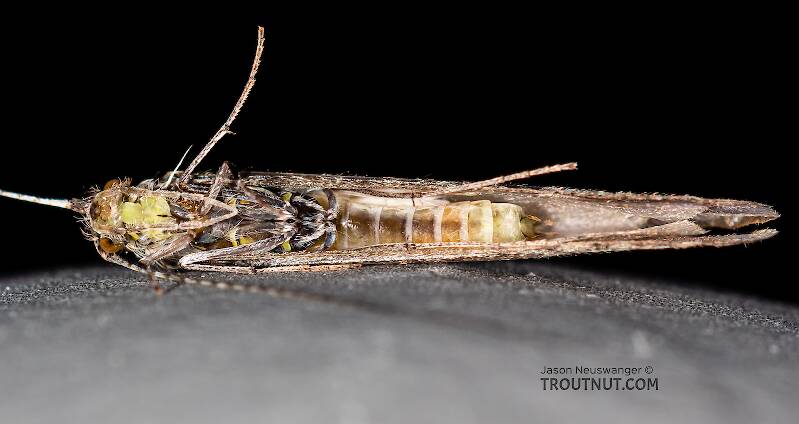